The Australian star exited the show in 2020 and has since been replaced by Javicia Leslie. At the time she didn't disclose her reasons for leaving, but has since suggested she had an epiphany during the COVID-19 lockdown, which made her re-evaluate the role, and struggles with an allergy to the Latex she had to wear as her character Kate Kane's crime-fighting alter ego.

In a parting statement, Rose wrote, "I am beyond appreciative to Greg Berlanti, Sarah Schechter and Caroline Dries for not only giving me this incredible opportunity, but for welcoming me into the DC universe they have so beautifully created... Thank you to everyone who made season one a success - I am truly grateful."

But now she's turning on showrunner Dries and producers Berlanti and Schechter, and accusing Roth of "putting a private investigator on me" and allegedly firing him when "the report didn't fit your narrative" in a bombshell Instagram Story post, which begins, "Enough is enough."

Alleging toxic conditions and appalling behavior on set, the actress reveals a neck injury, which eventually required surgery, was the last straw.

She writes, "To everyone who said I was too stiff on Batwoman [sic], imagine going back to work 10 days after this... 10 DAYS!!!!!! (or the whole crew and cast would be fired and I'd let everyone down because Peter Roth said he wouldn't recast and i just lost the studio millions (by getting injured on his set) that is be the one who cost so many people their jobs [sic]."

She adds, "Imagine having to take a pay cut to play a passion project and being so excited about Comic-Con and then being told they would not adjust the schedule so I could attend...So in closing, please to my dear, dear fans stop asking if I will return to that awful show, I wouldn't return for any amount of money nor if a gun were to my head..."

And Rose takes issue with suggestions she quit the show, insisting it wasn't as clear-cut as that.

"I DO NOT QUIT," she rages. "They ruined Kate Kane and they destroyed Batwoman [sic], not me. I followed orders, and if I wanted to stay i was going to have to sign my rights away..." 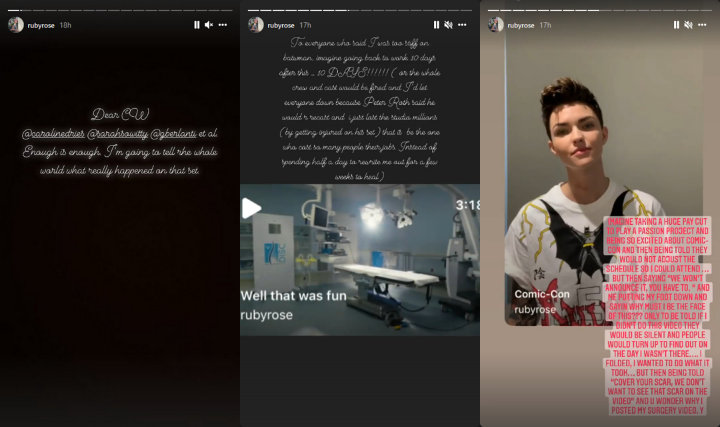 "A crew member got 3rd degree burns over his whole body, and we were given no therapy after witnessing his skin fall off his face but I was the only one who sent him flowers and cards and then were told we had to do a sex scene without a minute to process, we lost 2 stunt doubles, i got cut in the face so close to my eye in a stunt I could have been blind."

Ruby also claims she clashed with Dries when the showrunner insisted on completing filming on the first season of "Batwoman", even though the COVID pandemic had shut down all other shows, "I told her it was a bad idea... i told her everyone was too distracted, constantly checking Covid updates checking on friends and seeing (TV shows) riverdale, the flash and supergirl shut down already." 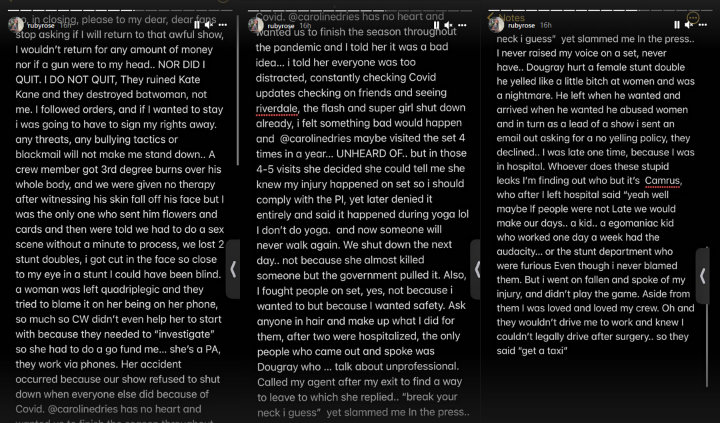 The actress complained about toxic workplace.

The actress also takes aim at co-star Dougray Scott, calling him "a nightmare," who allegedly shouted at people on set, prompting Ruby to send "an email out asking for a no yelling policy," which producers "declined." 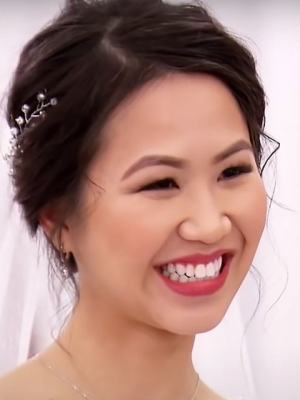