In addition to confirming the studio's claims of his former co-star's workplace behavior, the Jacob Kane depicter stresses that her allegations against him are 'entirely made up and never happened.'

In a lengthy Instagram Story posted earlier this week (beginning October 18), Rose alleged she had witnessed and suffered horrendous abuse and neglect from Warner Bros. officials on the first season of the show and she also targeted Scott, who played her father, calling him a "nightmare" and claiming he yelled "like a little b**ch at women."

"He left when he wanted and arrived when he wanted," the actress wrote. "He abused women and in turn as a lead of a show I sent an email asking for a no-yelling policy. They [TV bosses] declined."

Dougray has since issued a statement to TheWrap that reads, "I absolutely and completely refute the defamatory and damaging claims made against me by her; they are entirely made up and never happened."

He also confirmed Rose was fired by Warner Bros. studio officials "based on multiple complaints about her workplace behavior." 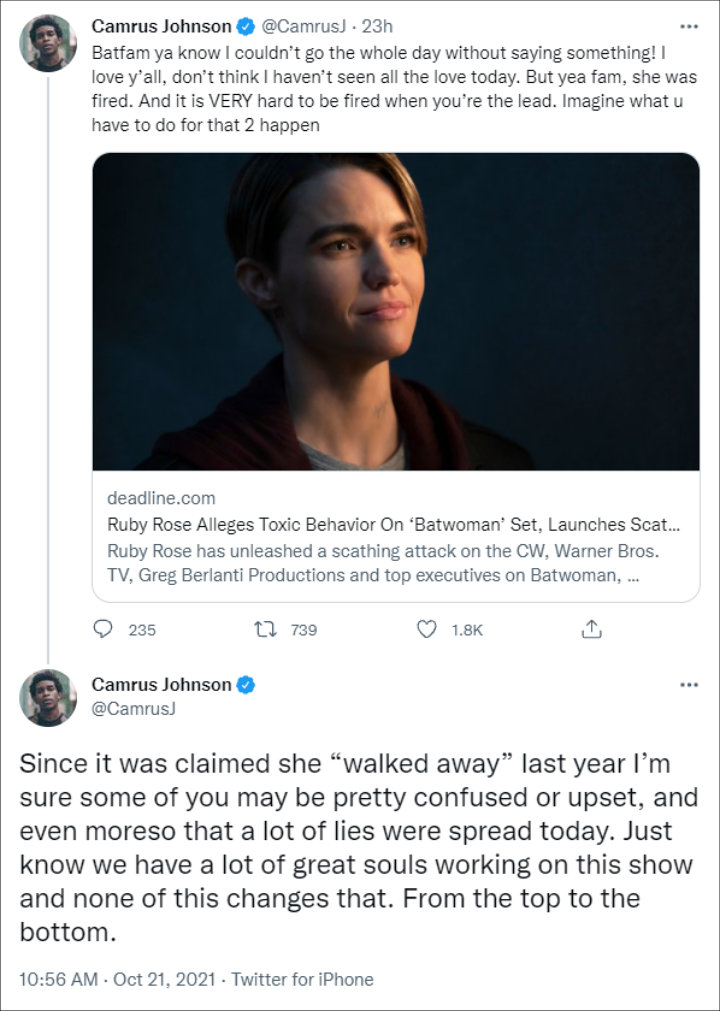 Meanwhile, another co-star, Camrus Johnson, has also weighed in on the drama, siding with Scott and producers and dismissing Ruby's claims as "a lot of lies."

On Wednesday night, October 20, Johnson tweeted he took issue with Ruby referring to him as "a egomaniac kid who worked one day a week [sic]."

"Since it was claimed she 'walked away' last year I'm sure some of you may be pretty confused or upset, and even more so that a lot of lies were spread today," Johnson wrote. "Just know we have a lot of great souls working on this show and none of this changes that."

He also backed Warner Bros. bosses, adding, "...it is VERY hard to be fired when you're the lead. Imagine what u have to do for that 2 happen [sic]."

Ruby also called out Johnson, claiming he leaked a story about her being late to set after she suffered a neck injury, which eventually needed surgery. He has denied the allegation. 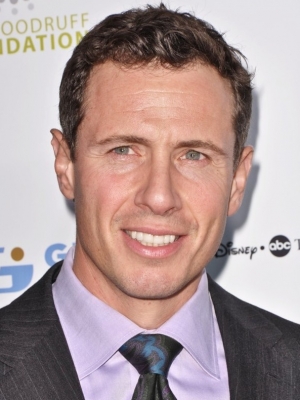