When celebrating his major win following a six-month battle with stage 4 diffuse large B-cell lymphoma cancer, the bassist of the rock band expresses his gratitude on his social media platform.

AceShowbiz - Mark Hoppus has announced that he is now cancer-free. Three months after revealing that he had been battling stage 4 diffuse large B-cell lymphoma cancer, the Blink-182 bassist took to his social media platform to celebrate his major win.

On Wednesday, September 29, the 49-year-old rocker wrote in an Instagram Story, "Just saw my oncologist and I'm cancer free!!" He went on expressing his gratitude, "Thank you God and universe and friends and family and everyone who sent support and kindness and love." 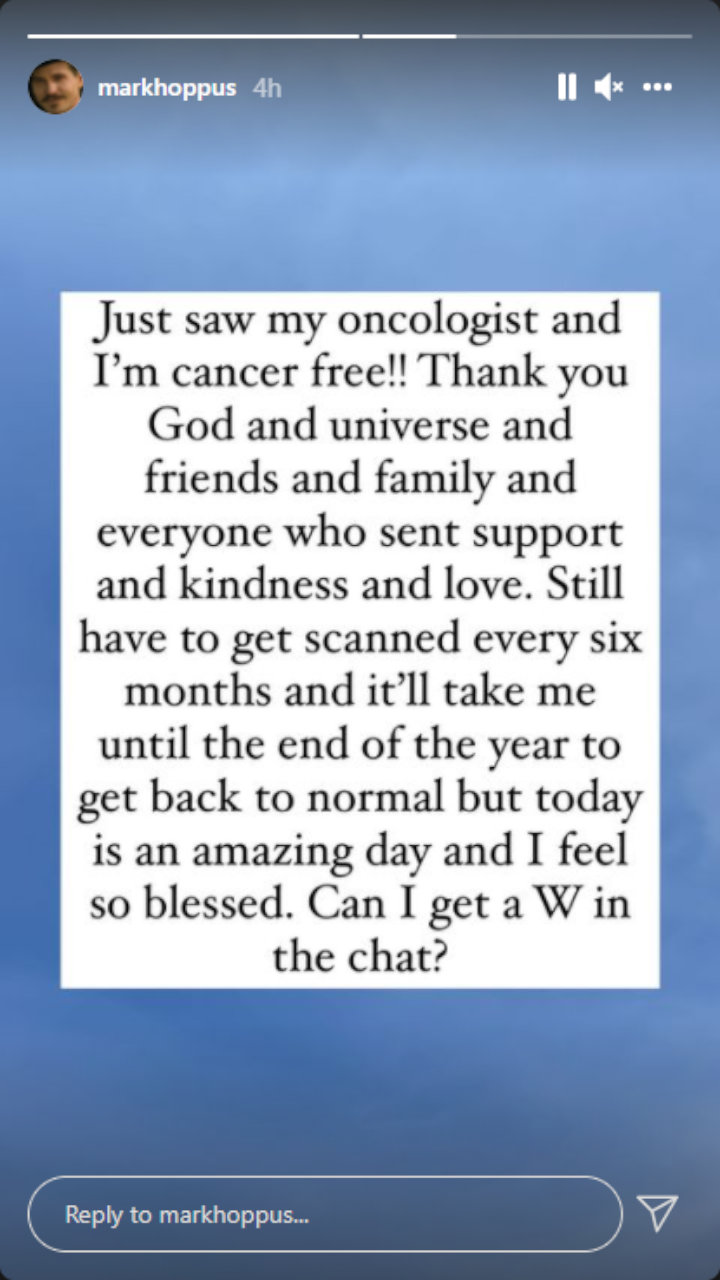 Mark Hoppus announced that he is now cancer-free.
Editors' Pick

The relieving news came just two weeks after he shared that he had finished another round of chemotherapy. "Today I'm grateful to not be going in for chemotherapy. It's been three weeks since my last treatment," he shared on September 15. "Normally I'd be going in today. 'Normally.' Damn. Getting pumped full of poison every three weeks is my normal."

In June, Mark first alerted fans of his cancer diagnosis, noting that he had already undergone three months of chemotherapy. "It sucks and I'm scared and at the same time I'm blessed with incredible doctors and family and friends to get me through this," the musician shared at the time.

In the following month, Mark opened up more about the disease during a Twitch live stream. He stressed that his blood was trying to "kill" him. "My cancer's not bone-related, it's blood-related," he stated. "My blood's trying to kill me."