Opening up in a heartfelt post that he is currently undergoing chemotherapy, the bassist of the rock band says that he remains 'hopeful and positive' that he will be 'cancer free.'

AceShowbiz - Mark Hoppus has spoken out about his health crisis. Taking to his various social media accounts, the Blink-182 bassist revealed that he has been diagnosed with cancer and the disease has left him feeling "scared."

"For the past three months I've been undergoing chemotherapy for cancer. I have cancer," the 49-year-old musician wrote in an Instagram Story posted on Wednesday, June 23. He went on to share his feelings, "It sucks and I'm scared, and at the same time I'm blessed with incredible doctors and family and friends to get me through this."

Mark explained further that he still has a few months of treatment. "I still have months of treatment ahead of me but I'm trying to remain hopeful and positive. Can't wait to be cancer free and see you all at a concert in the near future. Love to you all," the singer/bassist concluded. 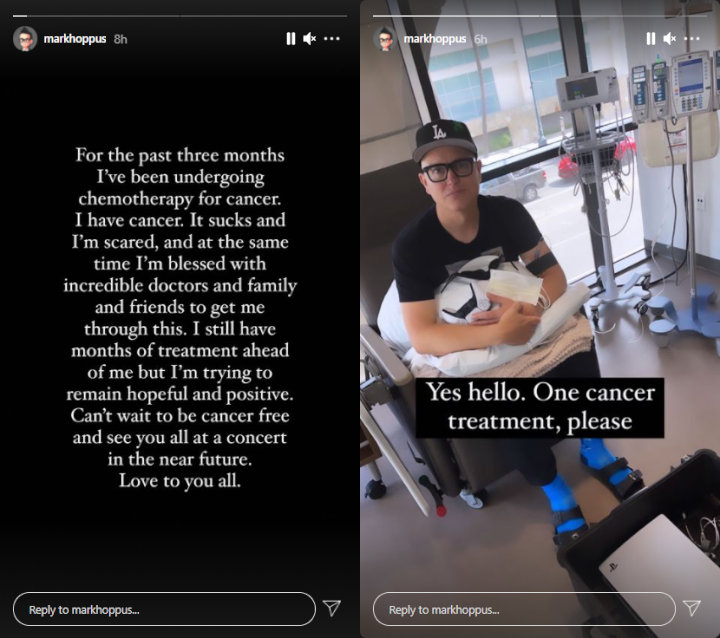 Mark Hoppus revealed that he has been diagnosed with cancer.
Editors' Pick

In the following Story, Mark posted a photo of himself sitting on a chair inside what appeared to be a doctor's office. The rocker could be seen rocking a black T-shirt and a black New Era's Los Angeles cap. Over the picture, he wrote a caption that read, "Yes hello. One cancer treatment, please."

Mark also shared his health condition on his Twitter account. Shortly after announcing that he is battling cancer, fans and famous pals sent their well wishes to him. "You're on our minds, Mark. Your attitude is going to be magnified by so many people," replied "The Office" alum B.J. Novak, while Of Mice & Men's lead vocalist Aaron Pauley chimed in, "Sending you love and encouragement." Another musician pal, Chet Porter, added, "I love you Mark." 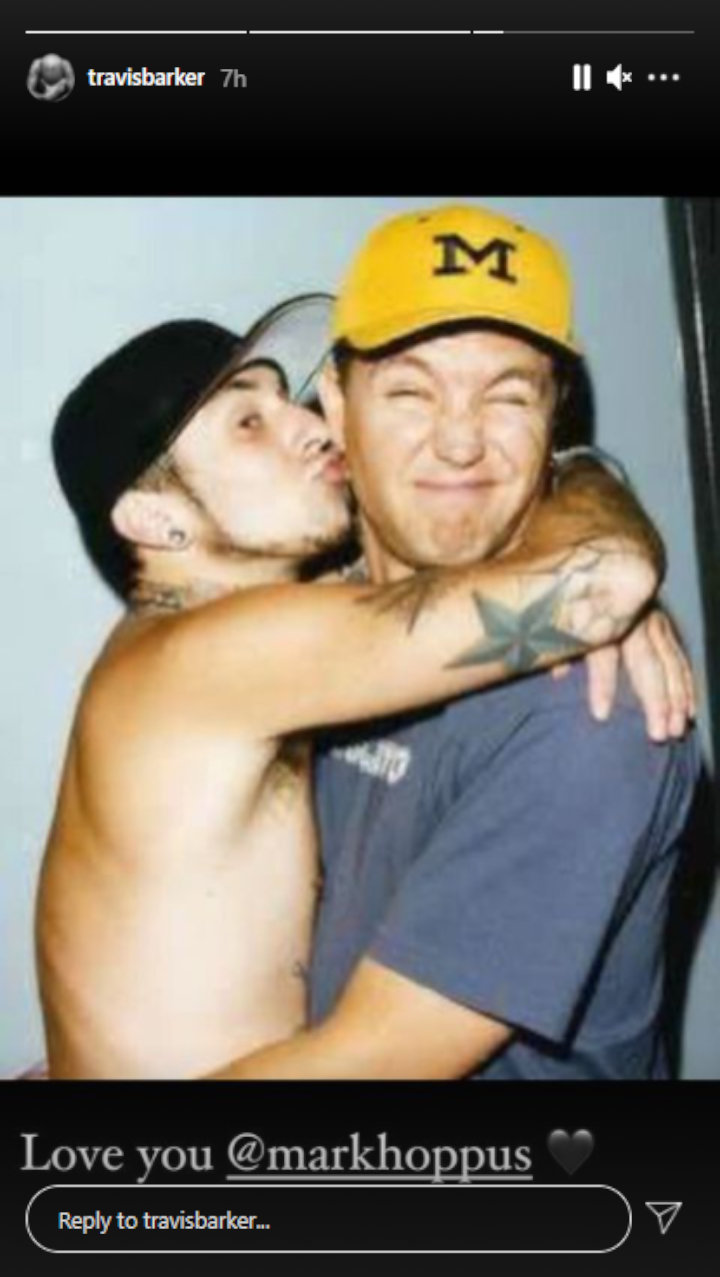 Travis Barker showed some support for his bandmate via Instagram Story.

Also showing support for Mark was his bandmate Travis Barker. Taking to his Instagram Story, the lead singer of Blink-182 posted a throwback photo of the two hugging. In the caption, the boyfriend of Kourtney Kardashian simply wrote, "Love you, @markhoppus," with a black heart emoji.

Grammys 2023: Lizzo and Harry Styles' Big Wins Round Up the Winner List