A second holiday record from the 'Voice' judge, 'When Christmas Comes Around' will also feature her singing new breakup single 'Christmas Isn't Canceled (Just You)'.

The "7 Rings" star joins her fellow "The Voice" judge on the "When Christmas Comes Around" album track "Santa Can't You Hear Me", while Stapleton teams up with Clarkson on "Glow". The bonus tracks on the album also feature Kelly's 2020 duet with Brett Eldredge, "Under the Mistletoe".

"When Christmas Comes Around" is Clarkson's second holiday album - she released "Wrapped in Red" in 2013.

The new release will also feature Kelly covering classics like "It's Beginning to Look a Lot Like Christmas" and "Santa Baby", and the soon-to-be-divorced singer's new breakup single "Christmas Isn't Canceled (Just You)".

Speaking of the effort, the "American Idol" alum said in a press release, "My purpose for choosing this lyric for being the title of this project was to bring forth a sense of reality to the fact that we are probably all in very different places emotionally 'when Christmas comes around.' "

"Some of us consumed with a new love, some of us reminded of loss, some filled with optimism for the coming new year, others elated for some much deserved time away from the chaos our work lives can sometimes bring us," the 39-year-old went on elaborating.

"Wherever you are, and whatever you may be experiencing, I wanted everyone to be able to connect to a message on this album," she continued. "Each year you may even have a new favorite, depending on where you are in your life. While change can be unpredictable, there is no better time of year, in my opinion, to breathe hope into one's life and let possibility wander."

Pregnant Kylie Jenner Reasons Why She Is in No Rush to Pick Name for Baby No. 2 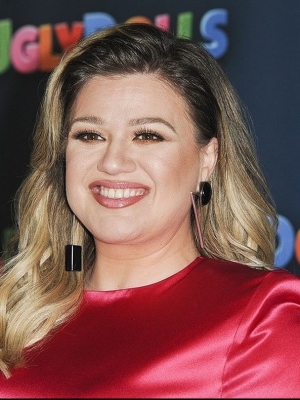