During the exchange with the young boys, the 'We Own It' rapper explains that he would give them some cash if he had it on him although he doesn't want the candy.

AceShowbiz - 2 Chainz has angered many online users with his recent action. After he gave some encouraging words to candy-selling kids instead of buying their items, the "We Own It" rapper found himself being dragged on social media.

The MC was approached by the kids while he was heading into The Highlight Room at the Dream Hollywood hotel on Wednesday night, August 25. While he politely declined the offers, the 43-year-old told the boys that he would give him some cash if he had it on him.

"I don't even want no candy so I would have gave you cash if I had it. But keep doing what y'all doing," Chainz said in the clip obtained by TMZ. After one of the kids claimed that he always refused to buy their candy whenever they met him, the hip-hop star advised, "Don't come sideways to a n***a that would love to help you... I'm sorry."

Chainz has since drawn criticism from many after the clip made its way on Instagram. One user argued, "All them diamonds on and can't hand a kid a few dollars, smh. These rappers ain't s**t." Another then added, "I would of ask someone in my team to hand them some kinds money something."

"He could've went to an ATM then," a third opined. "No one said he was obligated but so what, they can't eat advice. They out late af selling candy for a reason. Send them young kings my way ill buy some and I'm not rich."

Despite the heat, some people came to Chainz's defense. An individual penned, "He gave them his time that's worth more than money… he could have kept walking . Next time he may notice them and give them something." Someone else chimed in, "They aren't obligated to give anybody s**t." One person then echoed, "No 1 is OBLIGATED to give any one MONEY period ‼️"

Chainz was not the only rapper who came under fire after coming across candy-selling kids. In July, DaBaby sparked backlash after refusing to pay $200 for one box of candy that was sold by two kids in New York City.

The "Masterpiece" spitter, however, explained that he did it to teach them lessons about greed. "Anytime I buy something from somebody else in there I buy the whole thing. Especially when it's kids. I give them the opportunity, just make it make sense why you want $200 for this," he detailed when speaking to Complex News.

"You tell me, 'Man, I usually charge somebody this for the whole box. I'm just gon' charge you $2 all the way down.' I'da looked at him, gave him a thousand dollars," he went on. "I ain't cuss 'em out and this and that... I gave them knowledge and bought one piece of candy from each of them and closed the door." 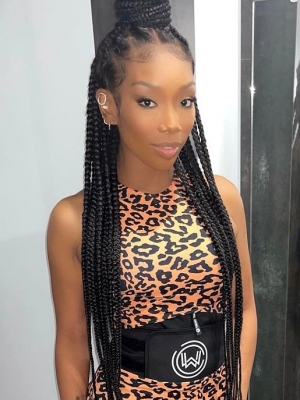