In a statement by Warner Horizon and ABC Entertainment, it has been revealed that Tayshia Adams and Kaitlyn Bristowe will take over Chris' hosting duty for the next season of the dating show.

AceShowbiz - Fans will not be seeing Chris Harrison in the next season of "The Bachelorette". In a statement by Warner Horizon and ABC Entertainment on behalf of "The Bachelor" franchise, it has been revealed that Tayshia Adams and Kaitlyn Bristowe will take over his place.

"Chris Harrison will not be hosting the next season of The Bachelorette," the joint statement, which was published on Friday, March 12, read. "We support Chris in the work that he is committed to doing. In his absence, former Bachelorettes Tayshia Adams and Kaitlyn Bristowe will support the new Bachelorette through next season."

The statement continued, "As we continue the dialogue around achieving greater equity and inclusion within 'The Bachelor' franchise, we are dedicated to improving the BIPOC representation of our crew, including among the executive producer ranks. These are important steps in effecting fundamental change so that our franchise is a celebration of love that is reflective of our world."

In February, Chris announced his temporary exit from the franchise after he caught fire for defending "The Bachelor" current contestant Rachael Kirkconnell over her past racist behavior. "I have spent the last few days listening to the pain my words have caused, and I am deeply remorseful. My ignorance did damage to my friends, colleagues and strangers alike. I have no one to blame but myself for what I said and the way I spoke," Chris said last month.

"To the Black community, to the BIPOC community: I am so sorry. My words were harmful. I am listening, and I truly apologize for my ignorance and any pain it caused you," the TV host further pleaded. "To that end, I have consulted with Warner Bros. and ABC and will be stepping aside for a period of time and will not join for the 'After the Final Rose special'."

During his first TV interview amid the scandal, Chris, however, assured fans that he would be back to the long-running dating reality TV franchise. "I plan to be back and I want to be back," he told Michael Strahan during his appearance on "Good Morning America" earlier this month. "And I think this franchise can be an important beacon of change. I know that change is felt, not just by me, but by many others. And we are excited and willing to do the work to show that progress."

Chris also issued a new apology to Rachel Lindsay, stating, "I am saddened and shocked at how insensitive I was in that interview with Rachel Lindsay. I can't believe I didn't speak against antebellum parties, what they stand for. I didn't say it then and I want to say it now: those parties are not OK, past, present, future."

"I didn't speak from my heart. And that is to say that I stand against all forms of racism, and I am deeply sorry to Rachel Lindsay and to the black community... I am an imperfect man. I made a mistake and I own that. I believe that mistake doesn't reflect who I am or what I stand for. I am committed to the progress not just for myself but also for the franchise," he added.

Chris Harrison on Matt James and Rachael Kirkconnell's Reconciliation: 'I'm Happy for Them' 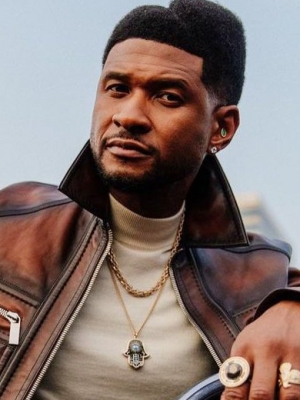 Priyanka Chopra Responds to Criticism Over 'The Activist'

Mayim Bialik and Ken Jennings to Host 'Jeopardy!' for Rest of Season After Mike Richards Exit

LeVar Burton Gets a Lot of Offers After 'Jeopardy!' Snub