On the other hand, BLACKPINK breaks records on the weekly album chart after their first full-length effort 'The Album' bows at No. 2 with 110,000 equivalent album units.

AceShowbiz - Both 21 Savage and Metro Boomin now have two No. 1 albums on Billboard 200. Their third joint album, "Savage Mode II", launches atop the weekly album chart after earning 171,000 equivalent album units, including 22,000 in pure album sales, in the week ending October 8, according to Nielsen Music.

In addition to earning both rappers' second No. 1 album, the album marks the biggest week for either artist. Savage previously claimed the top spot on the chart with his 2019 effort "I Am > I Was" while Boomin ruled the list back in 2018 with "Not All Hero Wear Capes". Moreover, the new records become their first collaborative effort to top the chart.

Following behind the hip-hop stars at No. 2 is BLACKPINK with their first full-length effort "The Album". Boosted by merchandise/album bundles, the album sold 110,000 units in its first week, becoming the highest-charting album by an all-female group since Danity Kane's second album "Welcome to the Dollhouse" in 2008.

Rounding out the top ten for this week's chart are NBA YoungBoy's (YoungBoy Never Broke Again) "Top", which stays at No. 9 with 36,000 units, and Lil Baby's "My Turn" that reclaims a spot within the top ten with 34,000 units.

Simon Cowell Determined to Recover From Bike Accident by Walking 10,000 Steps a Day 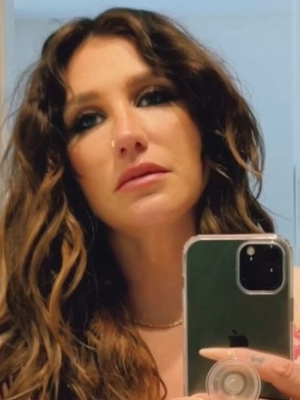