The Instagram model named Jordan seemingly breaks up with her boyfriend, a Greek professional soccer player, following her jet ski picture with Diddy in Miami.

AceShowbiz - The mystery woman whom P. Diddy got cozy with in Miami following his New Year's Eve party has been identified. She's an Instagram model who goes by the name Jordan on social media. She's also dating a Greek professional soccer player.

Following her picture with Diddy, Jordan was seemingly dumped by her boyfriend, Panagiotis Triadis. Her pictures have been erased by the NorthEast United player from his Instagram, and now both have no pictures of each other on their pages. 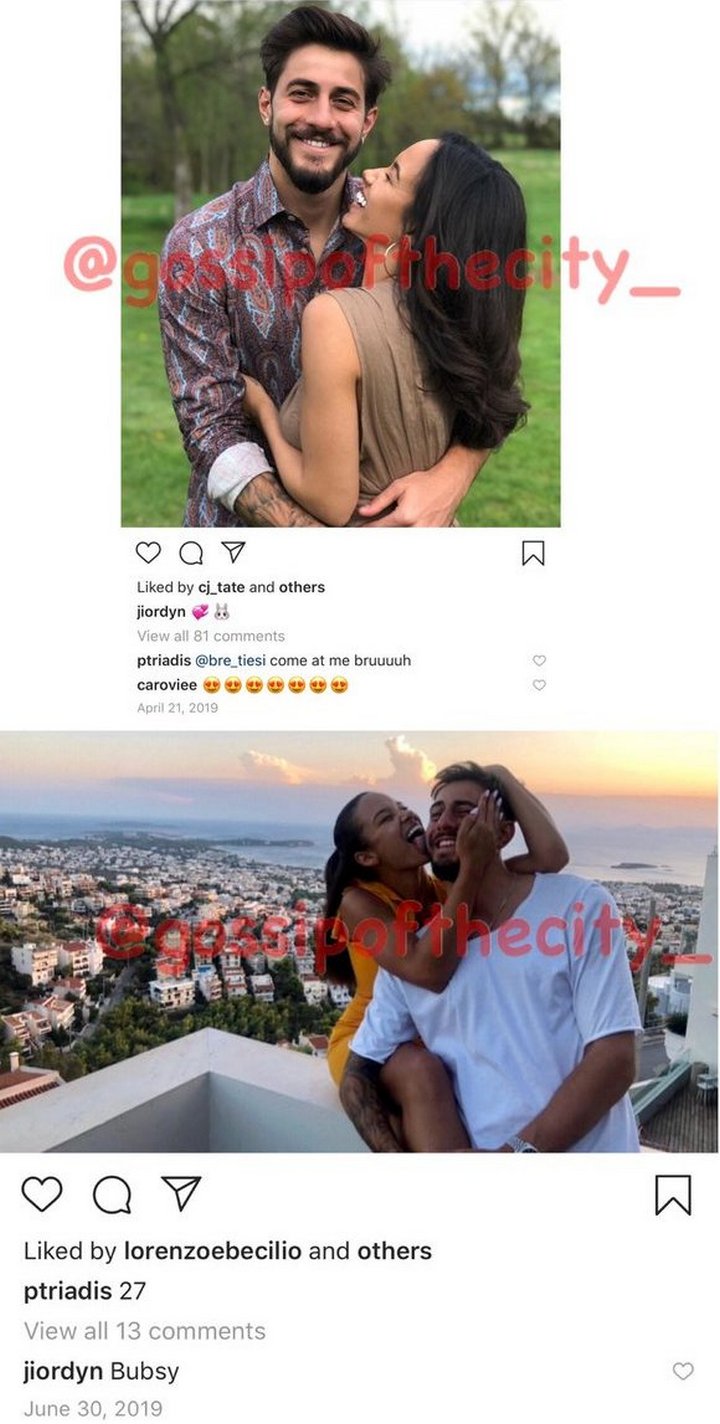 Diddy and Jordan got cuddly on a jet ski Thursday, January 2. Rumor has it, it's not the first time they cozied up to each other. During the Miami outing, they were joined by other rappers like DJ Khaled, Meek Mill, and Future.

Future previously celebrated New Year's countdown in Las Vegas with his girlfriend Lori Harvey. While the rapper was next heading to Miami, Lori went back home. She apparently felt a bit under the weather as she later posted a picture of vitamins on the bed and wrote on her Story, "woke up feeling [sad face emoji]."

The New Year party and international travel might have taken a toll on her. Just a few days before Year's End, Steve Harvey's stepdaughter jetted off to West Africa to support her boyfriend who was scheduled to headline a concert in Lagos, Nigeria.

While she escaped to Africa, her former fiance Memphis Depay came to visit her father Steve. The 25-year-old Dutch footballer was seen bonding with the "Original Kings of Comedy" star and even posted a picture on his Instagram.

Meanwhile, Diddy wrapped up 2019 by posting a video message that revealed his battle with "dark depression." It was uploaded following rumors that he came out of the closet in a song called "Hope" by sexually-fluid artist Orange Blood.

He later rang in 2020 with the likes of Mary J. Blige, Fat Joe, DaBaby, and Swae Lee among others.