The soundtrack album has become the first new full-length soundtrack to top the weekly this chart in addition to marking the first soundtrack of an animated film to rule the chart since its prequel.

AceShowbiz - The soundtrack album to "Frozen II" is as successful as the movie. As more people across the country head to movie theaters to see the Disney animated film, the soundtrack is becoming more and more popular to the point where it finally takes over the top spot on Billboard 200. Released on November 15, the album sold 80,000 units in the week ending December 5, according to Nielsen Music.

With that, the album becomes the first new full-length soundtrack to top Billboard 200 this year in addition to marking the first soundtrack of an animated film to reach the No. 1 spot on the chart since its prequel, "Frozen (2013)" soundtrack. The latter album spent 13 weeks at No. 1 in 2014 before being named the second-biggest selling album of that year in the U.S. Furthermore, the album won Best Compilation Soundtrack for Visual Media at the 57th Annual Grammy Awards.

On the other hand, now that Christmas is fast approaching, a couple of Christmas albums are making their return to the top ten of Billboard 200. Michael Buble's mega hit "Christmas" returns to No. 6 with 48,000 units. As for Pentatonix's "The Best of Pentatonix Christmas", it rises to No. 8 with 43,000. In between the two holiday albums is Fabolous' "Summertime Shootout 3: Coldest Summer Ever", which launches at No. 7 with 44,000 units.

Another Christmas album, Mariah Carey's "Merry Christmas" jumps to No. 9 with 37,000 units, with Summer Walker's "Over It" rounding out this week's top ten with 35,000 units.

Lupita Nyong'o Gives Thumbs Down to Possible Return to 'Us' Sequel 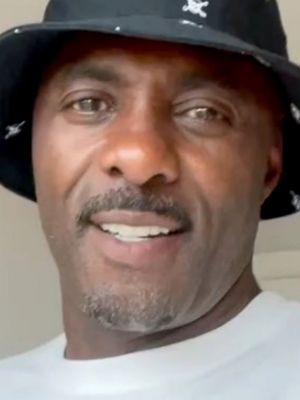