Through her rep, Bethenny addressed reports saying she's having second thoughts about leaving and that she's cracking under the pressure of her production partnership with Mark Burnett and MGM television.

AceShowbiz - Bethenny Frankel has set the rumors straight. The former "The Real Housewives of New York City" star shut down reports of her feeling regretful after announcing that she wouldn't be returning for a new season of the hit Bravo reality show.

Through her rep, Bethenny addressed reports saying she was having second thoughts about leaving the Bravo series and that she was cracking under the pressure of her production partnership with Mark Burnett and MGM television. "This is absolutely not true. No regrets at all. She's excited of what's to come with her new endeavors," the rep for the Skinnygirl mogul revealed TooFab.

The 48-year-old also previously shared to Us Weekly that she was "really excited because to leave something, you have to jump to fly, so I just made a decision and I made a good decision." She went on saying, "I'm just focusing on the future and also spending more downtime for myself, looking at different properties, just breathing. I'm exhaling for the first time in a really long time. I had a really difficult year, and so I'm just exhaling for the first time in a while."

The mother of one admitted that the decision to leave the franchise came organically. "I was planning to just breathe, but it was a chapter ending. It's very symbolic and poetic, but it really was a chapter ending, and it does feel like a completely clean slate, a new chapter," she added. "And I like the way it feels in many ways: in my family, in my humanitarian work, in my business, in my personal life, in my relationship, with everything, so it really does affect everything."

Host and executive producer Andy Cohen weighed in on her exit, saying that he hoped to see her returning some day. "And I hopefully will live in the gratitude of her third return. Because we are much like the mob, you can't get out. And I do hope and think that she will come back sometime," the 51-year-old said in Wednesday, August 4 episode of his SiriusXM show, "Radio Andy".

Bethenny announced her departure last month. "I have decided to leave the Housewives franchise to explore my next chapter. It's time to move on and focus on my daughter, my philanthropy and my production partnership with Mark Burnett, producing and starring in shows which represent a shift in the conversation for women. With the changes in modern culture, I want to highlight the strength, confidence and unstoppable power that women have," she said in a statement.

She went on sharing that she's learned a lot from starring on the Bravo series. "My experience at Bravo has been an incredibly magical ride. I am so grateful to them for highlighting my entrepreneurialism and allowing me to pave the way for many women to achieve their goals. I am excited for my future. The best is yet to come," she added.

Olly Alexander 'Over the Moon' to Work With Russell T. Davies on 'Boys'

Ang Lee: I Didn't Really Care Much About MCU's Hulk 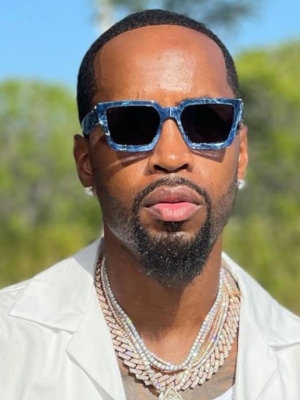