A slew of celebrities have commented on the docu-series, with Jada Pinkett Smith questioning the fact that the disgraced musician's music has seen a spike on Spotify after the show's release.

AceShowbiz - Following its debut on January 4, Lifetime's docu-series, titled "Surviving R. Kelly", that centers on R. Kelly and his sexual abuse allegations are the talks of the town. However, the disgraced musician himself allegedly doesn't watch it. If anything, it's said that he feels "disgusted" by the series.

A source reveals to TMZ, the "Ignition" hitmaker calls the docu-series, which makes shocking allegations against him including sex with various underage girls, physical abuse and mind control, a "vendetta." He allegedly says that the producers and others have "hated him throughout his professional career."

The source further claims that the R&B singer's team has downloaded him on the people who went to the show and made allegations against him, but Kelly insists he doesn't even know half of those people. Meanwhile, the others that he recognizes are the people he claims hate him for various personal and professional reasons.

Furthermore, R. Kelly reportedly says that there were people who want to appear on the series to give explanation and defend him. However, they didn't make it because the producers shut them out. "He's going to sue everybody who had anything to do with this," the source warns.

In related news, a slew of celebrities have commented on the series. Following the finale of the series, Jada Pinkett Smith took to her Instagram account to question why Kelly's music has seen a spike after the release of "Surviving R. Kelly".

"I'm having a really difficult time understanding why," the actress said in her video, referring to the fact that Kelly's streams went up 16 percent on Spotify since the series began. "I think it's important that I understand why. I really would like for you guys to help me understand what I'm missing."

How is it that R Kelly's music sales have spiked (substantially) since the release of the docuseries Surviving R Kelly? I need some help in understanding. What am I missing???

Meanwhile, rapper Meek Mill revealed that he's "not feeling R after watching that .... it's so much filthy s**t going on in this industry nobody will ever really speak on the wild shit because most of them could have docs like this or even worst done about them!"

In separate tweet, he added, "It don't take a rocket scientist to see what was going on.... what I'm tryna figure out why did they let it go on soooooo long!"

It don’t take a rocket scientist to see what was going on.... what I’m tryna figure out why did they let it go on soooooo long!

The two are not the only celebrities who have spoken out about the controversial singer. John Legend previously blasted Kelly on Twitter, calling him "serial child rapist." The EGOT winner also shared that it was actually a no brainer decision. "To everyone telling me how courageous I am for appearing in the doc, it didn't feel risky at all. I believe these women and don't give a f**k about protecting a serial child rapist," he tweeted. "Easy decision." 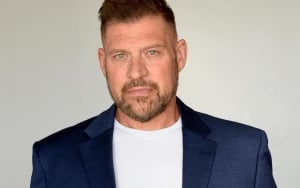 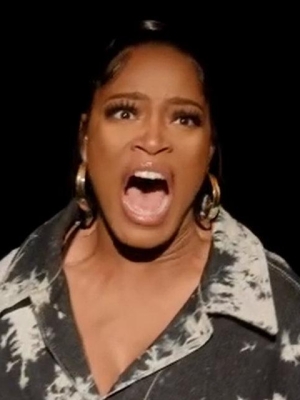