The CW Nabs 'Supergirl', Picks Up 'Archie' Adaptation 'Riverdale' and More to Series

'Supergirl' is renewed and is moving to The CW for its second season, while freshman drama 'Containment' is canceled by the youth-skewing network.

AceShowbiz - "Supergirl" is going to return for a second season, but at a new home. Following rumors that the DC superhero series might move to The CW, it's now confirmed that the CBS freshman drama has scored a renewal and has been acquired by the youth-skewing network.

News about "Supergirl" possibly moving to The CW first emerged earlier this month as CBS had not renewed it for a second season. Warner Bros. Television which produces the series had been looking for ways to reduce the show's big budget and has decided to move production from Los Angeles to Vancouver to reduce the costs.

CBS, however, apparently decided that the show's ratings, even with a reduced licensing fee, did not justify for a second season. "Supergirl" may be a better fit for The CW which is already home to two other DC superhero series "Arrow" and "The Flash".

Executive producer Ali Adler took to Twitter to express his excitement about the show finding a new home on The CW. "#Supergirl thrilled & grateful to be @theCW home for superheroes & strong women," he tweeted on Thursday, May 12.

Star Calista Flockhart, who was previously adamant about working in L.A., has reportedly agreed to remain on the show despite its move to Vancouver.

In other news about The CW's plans for the 2016-2017 season, the network has picked up "Archie" comics take "Riverdale", "Frequency" which is a reboot to the 2000 feature film, and comedic drama "No Tomorrow" to series. Meanwhile, "Containment" from "The Vampire Diaries" executive producer Julie Plec won't return for a second season following soft ratings in its freshman run. 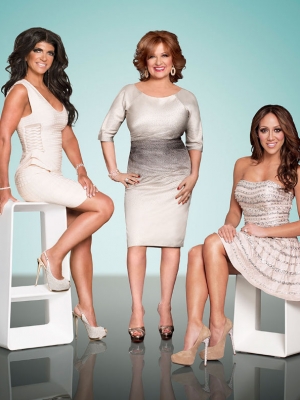