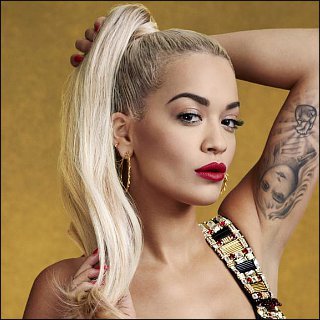 %cRita Ora% is the latest born from %cJay-Z%'s Roc Nation's scouting and she believed that she would be the next great star under their wings. Rita Sahatciu Ora was originally born in Pristina, SFR Yugoslavia (now Kosovo) in November 1990 and moved to London with her parents and sister in the same year. She grew up in West London and graduated from Sylvia Young Theatre School and then St Charles Catholic Sixth Form College.

Ora began singing at the age of 14 and kicked off her career by appearing in a British film called "Spivs". Later in 2007, the 16-year-old was featured %cCraig David%'s track "Awkward", a gig that she repeated the next year in David's "Where's Your Love". Despite the recordings, she had not had her big break yet.

Ora went for an audition of BBC One's "Eurovision" representing England in 2009 but withdrew from the competition after a few episodes. "After my first audition I blacked out, I was just like, 'I can't do this'. I'm not knocking it or anything - it's been around for years. I'm just very, very happy I made that decision myself. I think that's one of the best decisions I've ever made," she told Digital Spy.

Ora went on singing in bars around London and gained local popularity. A talent scouter told Roc Nation about her, and the fledging label quickly flew her in to New York to meet Jay-Z. In 2009, Ora met Jay-Z for the first time and she was immediately signed to the label. She spent the following years working with the best people in the industry such as %cThe-Dream% and %cEster Dean% to craft her first album. To increase her popularity, she released viral videos of herself working on the album.

Backed up by Jay-Z, Ora released her first single "How We Do (Party) in February 2012. The single's lukewarm reception was quickly overshadowed by the second single "R.I.P" which features %cTinie Tempah%. It debuted at number one on the UK Singles Chart with sales of 104,500 and became the seventh-fastest selling single of 2012 in one single week.

Ora announced that her first album is called "ORA" and released on August 27, 2012. She promoted her music by opening for %cColdplay%'s concerts in summer that year.