Hordes of Hepatitis V-infected vampires descend on the vampire-human mixer held at Bellefleur's Bar & Grill. A bloody, vicious fight ensues, and Sookie, Bill, and the others fight off H-vamp after H-vamp until they're finally called away by their leader. In the aftermath, the gang assess the damage; Holly, Arlene, Nicole, Kevin, and Jane Bodehouse have all been kidnapped. But, the biggest blow comes when they discover Lettie Mae covered in vampire guts. "They killed my Tara," she sobs. "They killed my baby girl."

After receiving a frantic phone call from Jason about the attack on Bellefleur's, Andy leaves Adilyn with Jessica keeping watch outside the house, warning his daughter not to let Jessica in "no matter what."

Sookie sits in Bellefleur's as healthy vamps heal the wounded. She tunes into everyone's anguished thoughts and is surprised to hear everyone blaming her for bringing vampires to Bon Temps. She's further shocked to overhear Alcide's damning thoughts: "I'll never understand how you can love the dead. If only you'd walked away we wouldn't be in this mess right now." Hurt by his thoughts, Sookie walks home by herself. Alcide tries her cell repeatedly, but Sookie refuses to answer and throws her phone into the woods. Along the way, she stumbles over the body of a girl who looks a lot like her -- and is covered in vampire bites.

In Marrakesh, Pam is opposite a burly vampire named Nizar, who's standing in a big plastic bucket. They play a vampire version of Russian roulette, taking turns pulling the trigger on a gun loaded with a wooden bullet. Despite boasting that he's survived 28 times, Nizar takes the fatal bullet. To honor her for winning, the bar's proprietor gives Pam a piece of paper -- on it is information about Eric's whereabouts.

Searching for the H-vamps, Jason and Violet spot a group of vigilantes led by Vince, Sam Merlotte's bitter mayoral opponent, outside an abandoned barn. They tell Jason they're out hunting the infected vampires, though Jason reminds them that's a job best left to the law. However, the vigilantes refuse to listen to a "fangbanger cop," and Violet takes matters into her own hands, scaring the group away -- and emasculating Jason along the way. Fed up, Jason demands that Violet have sex with him. She eagerly consents; she's been waiting for him to be a man and take charge.

Lafayette returns home with James, who he was paired with for protection. He explains to James that he feels relief over Tara's death because he already grieved for her. James comforts him by telling him the story of his making: He went to offer his condolences to his best friend Danny Monoghan's family after he was killed in Vietnam. However, Danny's father beat James to death in the middle of the street, calling him a "hippie f*ggot." A neighborhood vampire took pity on him and turned him that night. "If you ask me, there's zero point in feeling pain, or fear, or grief, or regret...it doesn't matter to Tara or to the universe. It makes no fucking difference."

At home, Sookie confronts Alcide. He insists he loves her, but after the brutal attack on Bellefleur's and the True Death of Tara, Sookie decides she wants to be alone. Later that night, the pair make up and have sex.

Through a window, Adilyn and Jessica begin to reconcile over a conversation about boys, but their friendly chat doesn't last long -- an infected vampire appears at the edge of the Bellefleur's property asking "what" Adilyn is. Jessica has Adilyn drink her blood, so she'll be aware if she's in danger.

After drinking Willa's blood, Lettie Mae has a vision of Tara. She insists that her daughter isn't in heaven and needs their help, but Reverend Daniels and Willa insist she's just high. After getting Lettie Mae to sleep, the Reverend tells Willa not give his wife any more of her blood, considering her history of addiction.

Arlene, Holly and the others are chained up in the basement torture room at Fangtasia, the H-vamps new base camp. Things go from bad to worse when a vampire comes down for food, selects Kevin, and then kills him.

As dawn approaches, Jessica prepares to meet the sun in order to keep the mysterious vampire from hurting Adilyn. Right before dawn breaks, Adilyn desperately begs for Jessica to come inside. With the two of them safely inside, the vampire bursts into flames on the front steps.

The following morning, Reverend Daniels addresses a small congregation about the night's events. Lettie Mae blames her for Tara's death and tells her she's not welcome in the church, prompting Sookie to tune into the congregation's thoughts. Unable to take anymore, Sookie shouts, "I can hear you!" She assures the crowd how much she loves everyone, even if they hate her, and begs them to let her help. "For better or for worse, nobody in this town knows vampires better than me!" she explains. 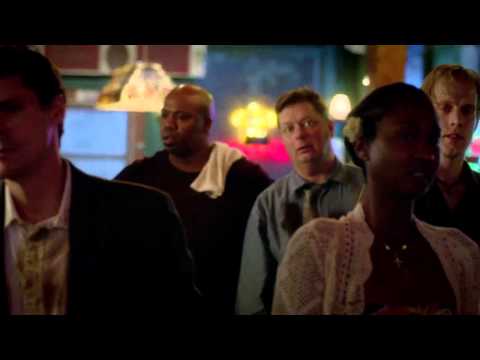 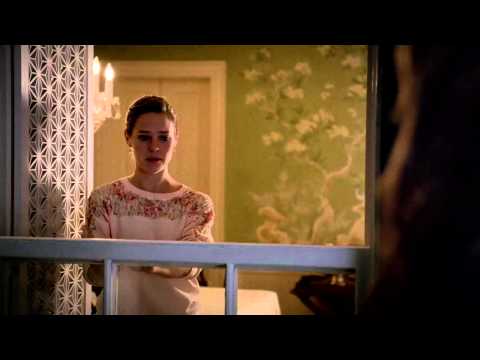 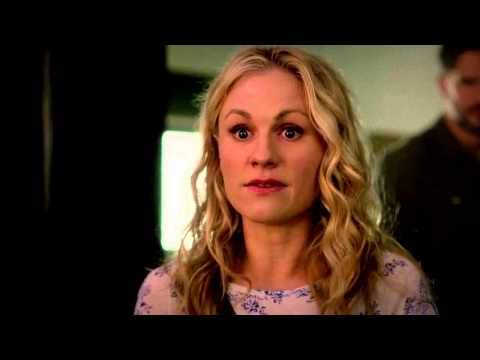