Eric ties up and interrogates Amber about the location of Sarah Newlin, but she refuses to give up her sister. Believing that money talks, Mr. Gus appeals to Amber's greed -- promising a financial windfall in exchange for information. But Amber remains steadfast in her refusal, insisting that Sarah is a different person -- and the Hep-V cure herself. With his temper at a boiling point, Eric hallucinates Amber as Sarah and stakes her in the heart.

Bill, Jessica, and Sookie talk about Bill's illness, and Sookie wonders if his Hep-V is progressing faster than normal because of her Halfling blood. Andy calls Jessica to see if she's felt Adilyn in danger after he and Holly arrived at Fort Bellefleur to find the kids missing and their cell phones abandoned. Jessica assures him that she hasn't felt anything amiss.

Arlene dreams that she's confronted by Keith, her vampire savior, at an empty Bellfleur's. She tells him that while he's very attractive, she's simply not a fangbanger and believes a relationship would be wrong. Despite her objections, Keith kisses her and they have sex on a pool table. Arlene wakes from the dream extremely conflicted.

Mr. Gus presents Eric and Pam with a new business plan: They capture Sarah Newlin, synthesize her blood, and sell it as "New Blood." However, he needs a vampire's testimonial to sell the product, as the public no longer trusts the Yakonomo Corporation. In exchange for his help, Eric will own 49 percent of the new company.

Hoyt and his beautiful girlfriend, Brigette, stop at Bellefleur's for lunch. Arlene is taken aback when Hoyt mentions that he's in a hurry to meet with "Officer Stackhouse" and appears to have no recollection of his former best friend. Arlene calls Jason, who begs her not to say anything to Hoyt before he arrives. Jason soon learns that old habits die hard when he spots Brigette and forces himself to fight off his attraction to another one of Hoyt's girlfriends.

Dr. Ludwig -- the doctor who once helped Pam with Marnie's decomposition curse -- meets Sookie, who takes her to Bill's under the auspices of curing him. Dr. Ludwig confirms that it is indeed Sookie's Halfling blood that is speeding up Bill's Hep-V, and there is nothing she can do to help him.

Sookie heads to Bill's "grave," where she contemplates life without him. She calls on her faerie grandfather Niall for help, but when he doesn't appear, she heads for home. There, she finds him in the kitchen, attempting to cook spaghetti.

While eating, Niall informs Sookie he's always watching over her and even knew she was going to infect Bill but didn't stop her because he doesn't believe Bill is right for her. Angry, Sookie demands that Niall use his magic to help save her former vampire lover, and he reluctantly agrees.

Sarah visits the abandoned Light of Day Institute campgrounds, where she hallucinates that the grounds are still enjoying their heyday. She also hallucinates Jason Stackhouse, who tells her she's going to die that night and he'll see her in hell. In Dallas, Mr. Gus tracks Sarah via satellite.

Keith arrives at Bellefleur's to comfort Arlene -- he felt her pain while she was sitting and drinking alone. When she realizes it's not a dream, she warns Keith that they can't have sex because she has Hep-V. However, Keith doesn't seem to mind, and tells her they can just dance.

Outside of Bill's house, Sookie and Niall join hands and channel Nature's Memory. They watch Bill's wife Caroline give birth to their daughter Sarah. Niall is amazed, but Sookie is less than impressed. Niall explains that birth, death, love, and forgiveness are all miracles, and that he brought Sookie there to teach her that there are some things magic can't fix -- including Bill.  Devastated, Sookie orders Niall to leave.

Violet walks in on Adilyn and Wade, who tell her they didn't wind up using any of her toys. Violet assures them that's okay -- because they're going to use them now. She throws Wade across the room and handcuffs Adilyn to the bed. Jessica, feeling Adilyn's fear, rushes to her rescue.

Sookie returns to Bill's and tells him that she's going to stay with him until the very end. They make love in front of a roaring fire, just like their first time.

Sarah, still hallucinating at the Light of Day campgrounds, has visions of her ex-husband Steve Newlin and Guru Dutta -- both of whom confront her about her many lies. Steve claims he's there to save her soul, but Dutta insists there is no heaven -- only "the now" followed by "nothingness." Sarah refuses to settle on either man's religion, believing that, as the cure, she is the Messiah. She then has a vision of Jason who laughs and taunts her. "That's death comin' for ya," he warns, as Eric and the Yakuza pull up outside. 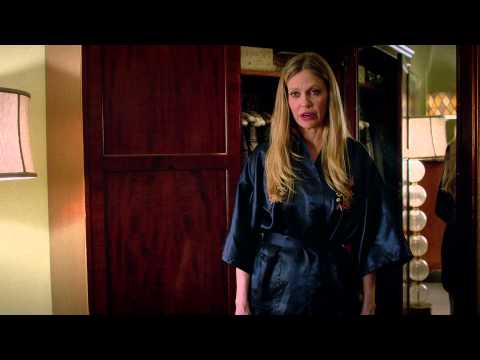 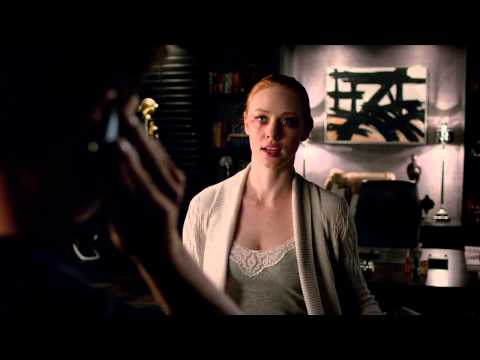