Drunk on fairy blood, Eric is acting pretty loopy. He tries to take a nibble out of Sookie but stops when she yells at him to cut it out. Looking impossibly innocent he declares, "I'll never hurt you," and then playfully whooshes around her, creeping from behind to pinch her butt. Sookie says she needs to tuck him in before dawn, and Eric impishly takes off.

King Bill is being very bossy these days. He interrogates Pam on Eric's whereabouts. She lies through her fangs, saying she has no idea where her maker is. He demands he tell her as soon as she finds out.

Another panther sister bride is riding poor Jason (aka Ghost Daddy) silly. Jason insists she get off. Finished, the inbred were-panther claims he's the best she's ever had and then yells, "Next!" An underage girl walks in, which disturbs Jason on a totally new level. He tries to talk her into not doing it with him by telling her the first time should be special. He tries to convince her to cut him loose, and, mercifully, she complies.

Bill seems less all-powerful when Nan Flanagan from the American Vampire League shows up in a pissy mood about the whole battle Bill incited between human witches and vampires when Bill asked Eric to investigate the coven. If any human blood gets shed over this, Bill might face is own true death.

After offering her blood to the spirit, Marnie has a vision of the spirit in the guise of a witch burning at the stake during the Spanish Inquisition. She watches horrified as the flames ignite around her spirit who is babbling in Latin as she immolates. Flames appear in frightened Marnie's eyes as she awakens from the dream with, possibly, a new spell in her head.

Sookie meets up with Alcide, who agrees to help track Eric. We're treated to the site of Alcide pulling his jeans down before he shape shifts. Unlucky Sookie has to look away.

Maxine shows up at Merlotte's to ask Sam where Tommy has disappeared to and tell him she's a lioness. Was she just being metaphorical, or is she going to turn out to be a member of the animal kingdom as well. Sam says he doesn't know where Tommy is but he's glad a lioness has got his back.

The still-virgin were-panther acts nervous when her Uncle Daddy asks her how she liked the sex with Jason. Before she's forced to answer his puerile questions, he attends to some groans heard off-screen. He soon discovers Jason has escaped, then shape shifts and takes off running.

Jesus, Lafayette, and Tara try to convince Marnie to reverse the spell, but she doesn't think she knows how. They seem to impress the gravity of the consequences when you get on a vampire's bad side and she gets to work conjuring the proper spell from the goddess-spirit.

Sookie and Alcide trot through the swamp forest in search of Eric. They find him delighting in the sunlight and swamp waters. Fairy blood allows vampires to go out in the sunlight, remember? But not forever, and soon Eric starts to burn up. He's sad to leave the sun. Back at the Stackhouse/Northman residence, Sookie puts Eric to bed. He wants her to stay with him. She says she has too much human stuff to do and meets Alcide out on the porch. Her wolf buddy expresses his concern that she has a vampire living with her, but Sookie insists she's okay and then nuzzles his well-defined chest.

Tommy goes off to see his mom for the first time in months. She claims to have left Joe Lee for good this time. Meanwhile, Sam heads over to his new lady love's place. She's surprised to see him and isn't happy he came over unannounced. Her daughter appears and wants to keep playing Barbies. When Sam begs to play, too, Luna is sufficiently charmed and lets him in.

Jason lies in wait in a tree whittling a stake to fight the lead panther in pursuit. When it shows up, he spears it and successfully, before he dies, he gets a good swipe at Jason's leg. Crystal appears next, shifts, and walks towards Jason cooing about how they can finally be together. Jason holds the spear towards explains she's the worst thing that ever happened to him. She just smiles and says she'll see him when the full moon comes. Apparently, that's when Jason will turn.

Bill meets Portia's grandmother, Caroline Bellefleur. Southern pleasantries are exchanged. As they sit, Sheriff Andy calls from the foyer to say he's on his way out. Guess he's Portia's downwordly mobile brother. Grandmother insists he come in to sit with them. Andy is crass. Bill expertly brown noses all of them.

Luna and Sam talk about the challenges of raising shifter kids. As they chat, she reveals her ex is a possessive werewolf who gets jealous whenever she gets close to someone else. Sam insists he isn't scared.Marnie and team pours through her library of spell books in search of the undo-spell. They're reaching their wits end, when suddenly a book falls from the shelf and opens to a page.

Back at home, Alcide explains to Debbie his day's work helping Sookie. She seems jealous but pleased he told her about it.

Grandmother Bellefleur goes through the family tree with Bill. Five seconds later they figure out that Bill is Portia's great-great-great-grandfather.

Terry hangs out with his baby boy, who scrawls "Baby Not Yours" on the wall while no one is looking, which scares the bejeezus out of everyone.

Sookie consoles Eric who laments how he'll never swim in the sun again. He whispers "if you kiss me, I promise you'll be happy" to Sookie and starts to lean in. Her lips part, but then Eric hears someone at the door. It's Bill looking for Eric. She insists he took off. Bill isn't convinced and says he needs to search the house. The two exchange long stares as she asks him to trust her. Bill makes a move to go inside and then changes his mind, realizing Sookie has never lied to him before.

Jason passes out on the road trying to make his way home. Hoyt and Jessica happen to drive by and Jessica heals the recovering v-addict with her yummy v-blood.

Tommy impresses him mom with his new found literacy as they sit around the campfire. Tommy asks her if Joe Lee put her in the ring again, noting the scratches on her neck. She explains a puppy almost killed her, but Joe Lee shot him dead to save her. Tommy is angry that she would defend Joe Lee when, speak of the devil, he shows up behind Tommy and whips a chain around his throat. The whole thing was a set up to get the young shifter back in the ring.The coven perform the undo-spell in a ring of candles in front of an impatient Pam. When Pam threatens Marnie, a spirit embodies the witch and channels a spell through her to make Pam's skin melt off. Pam takes off and Marnie, as the spirit, laughs. There's those flames in her eyes again. 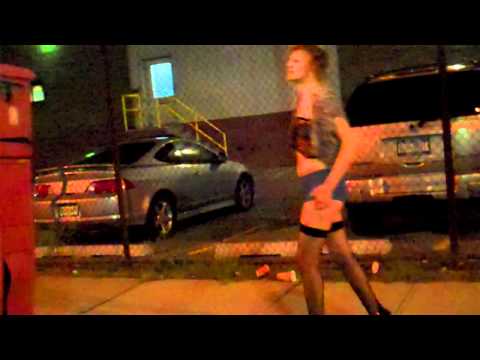 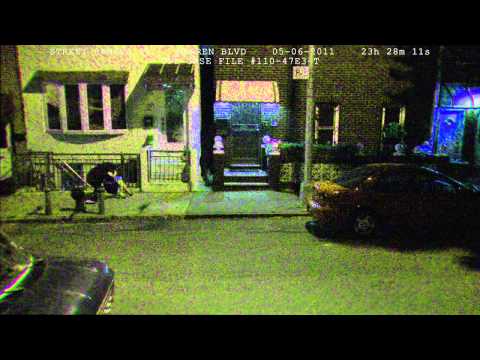 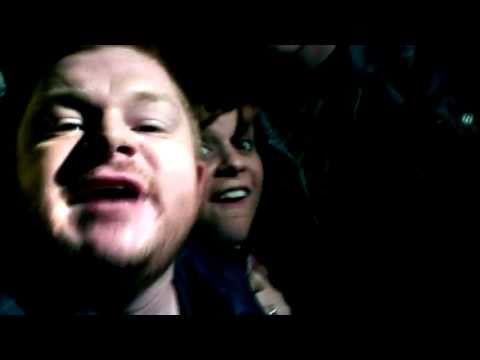