As the new season of the hit FOX show has a new format, only one contestant will move on from each episode and be crowned as King or Queen of 'The Masked Singer' of the episode.

AceShowbiz - "The Masked Singer" has finally returned for season 8. The highly-anticipated new season premiered on Wednesday, September 21, featuring Robin Thicke, Jenny McCarthy, Ken Jeong and Nicole Scherzinger returning as the panelists. Nick Cannon also reprised his hosting role. As the new season has a new format, only one contestant will move on from each episode and be crowned as King or Queen of "The Masked Singer" of the episode.

Kicking off season 8 premiere was The Harp, who hit the stage to sing "Perfect" by Pink. Her clue package saw her on an audition but got turned down. She showed off gorgeously rich tone with just a slight rasp, making her easily one of the frontrunners of this season. Robin guessed Queen Latifah, while Jennifer thought she could be "American Idol" contestants Jordin Sparks and Fantasia Barrino. Ken named Jennifer Hudson.

The next performer was The Hedgehog. In his clue package, The Hedgehog has a British accent as he said it's so special to be on "The Masked Singer". He opted to sing "Love Me Do" by The Beatles. Ken thought he could be Ringo Starr or Elton John, prompting him to get booed by the audience. Robin and Jennie guessed actor Eric Idle. As for Nicole, she named Bill Nighy.

The Hummingbird then took the stage. His clue package included a bluetooth speaker, a locker room, blue cleats, a pile of footballs and a scoreboard that said 71-0. For the first episode, The Hummingbird belted out "I Don't Want to Be" by Gavin DeGraw. Ken guessed Peyton Manning or Tom Brady. Robin threw Deion Sanders' name, while Jenny went with Rob Thomas or Uncle Kracker (Matthew Shafer).

The final singer of the night was The Knight, whose clue package featured a Knight riding his golden goose through the woods, the solar system, two directors chairs and a police badge. He sang "Puttin' on the Ritz" by Fred Astaire. Ken believed that he's David Hasselhoff. Jenny named William Shatner, while Ken mentioned Weird Al Yankovic.

It was then time to reveal the results and announce the three singers who would be unmasked. The first singer to get unmasked was The Knight. The judges' final guesses were David Hasselhoff (Ken), William Shatner (Jenny), John Lithgow (Nicole) and Weird Al Yankovic (Robin). Jenny was correct because The Knight was William Shatner!

The last singer to be unmasked was The Hummingbird, meaning that The Harp was crowned the first Queen of season 8. Viewers, however, will have to wait for the next episode to find out the real identity of The Hummingbird. 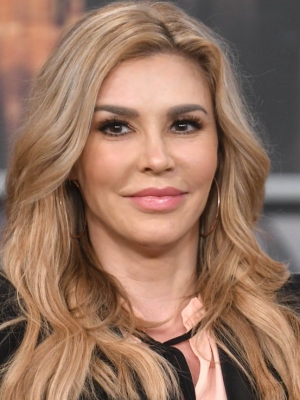