Pics: Teresa Giudice Glows in White at Her Bridal Shower

In photos shared by guests at the party, the Bravolebrity stuns in a lace corset dress as she celebrates her upcoming nuptials to fiance Luis Ruelas with her family and friends.

AceShowbiz - Teresa Giudice is close to walking down the aisle again. To celebrate her upcoming nuptials to her fiance Luis "Louie" Ruelas, the reality TV star has thrown a bridal shower attended by her family and friends.

For the party, "The Real Housewives of New Jersey" star donned a white corseted mini-dress with all-over embroidered lace detailing. She completed her look with matching white stilettos, a dainty silver necklace and several silver bracelets.

The 50-year-old wore her brunette tresses in loose waves parted down the middle and rocked dewy, bronzy glam to highlight her natural glow. She looked glowing as seen in several pictures shared on social media by guests at the party.

One of the guests was her "RHONJ" co-star Jennifer Aydin, who posted a photo with Teresa with a flower wall in the background. "Love celebrating your happiest moments with you," she wrote in the caption. 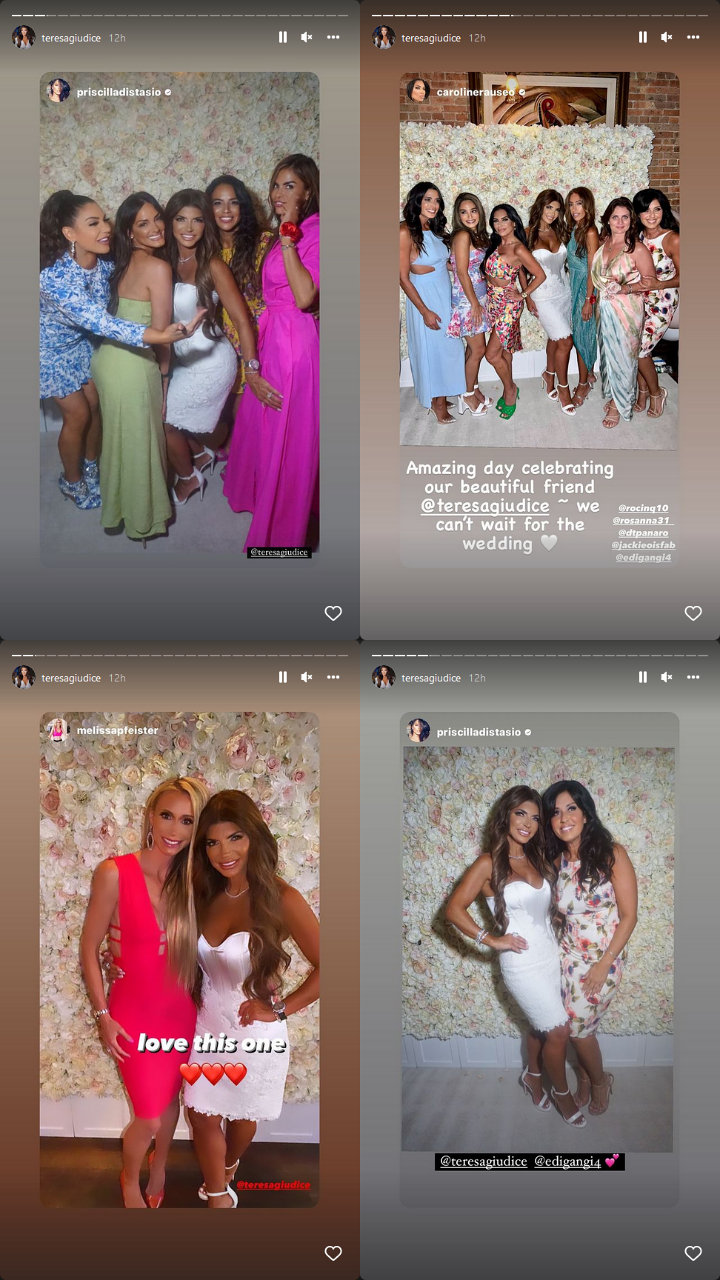 Teresa Giudice celebrated her upcoming nuptials with a bridal shower.

"The Real Housewives of Potomac" cast member Ashley Darby was also present at the celebration. "We are so excited for your big day Tre!!" she gushed along with pictures of her posing with Teresa. 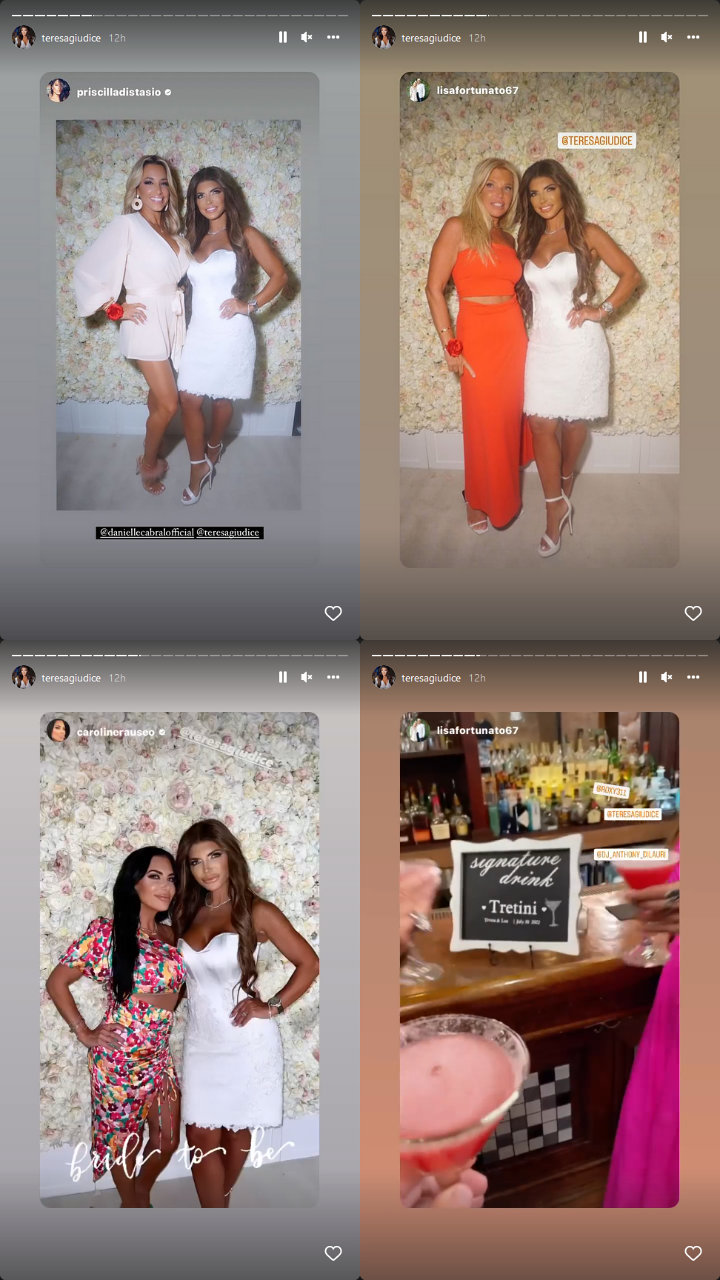 In October last year, Teresa and Luis got engaged after he proposed to her during their romantic vacation at the Amanzoe Resort in Porto Heli, Greece with her "RHONJ" co-star Dina Manzo and her husband David Cantin.

The pair dressed in all white while standing in an elaborate arrangement on the beach that included a "Marry Me" sign, candles and rose petals. Luis also incorporated a violinist and a fireworks display into his proposal.

According to details accidentally shared by "The Real Housewives of New York City" star Ramona Singer back in May, the couple is set to wed in New Jersey in August. "Outside of the dresses, we're involved in everything together," Luis told E! News in June of wedding planning. "We're gonna pick out suits together, everything. Colors, linens, seats, yeah."

In July, Teresa responded to a question as to whether her nuptials will be featured on "RHONJ". "Definitely not on 'Housewives of New Jersey'! [Maybe a] special," she told Page Six. "I don't know. We'll see."