The 50-year-old Bravo personality, who is set to tie the knot with her businessman fiance in August, talks about whether or not the nuptials will be televised in a new interview.

AceShowbiz - Teresa Giudice's wedding to Luis Ruelas will not feature on "The Real Housewives of New Jersey". Set to tie the knot with her businessman fiance in August, the reality star, who has been a cast member on the Bravo show since it began back in 2009, admitted her nuptials are not likely to be seen on the series yet teased that a special episode could be on the way.

"Definitely not on 'Housewives of New Jersey'! [Maybe a] special," the 50-year-old, who was previously married to Joe Giudice, told PageSix. "I don't know. We'll see."

Back in May 2022, a source claimed that Teresa, who has 20-year-old Gia, 17-year-old Gabriella, 15-year-old Milania and 12-year-old Audriana with Joe, was unsure whether she would let the cameras in for her big day. A source said, "Teresa is on the fence about whether to film her wedding."

Teresa and Joe announced their divorce in 2019 after he was released from prison and deported back to Italy, where he was born as he was never granted U.S. citizenship. Joe's indictment, and imprisonment for 41 months, was related to charges related of mail, wire and bankruptcy fraud. Teresa served 15 months behind bars in connection, but for the sake of their children, they were permitted to serve the sentences separately.

Following her engagement to Luis, Teresa revealed that her ex-husband thinks her new fiance is "great." She said, "They like each other. We went to the Bahamas and we went to go see Joe, and Louie DM'ed Joe behind my back. I didn't even know. He's like, 'We're coming out there. I would like for us to all have dinner.'"

"We went out to the Bahamas because Joe is living six months in the Bahamas and six months in Italy," she went on detailing. "So we had dinner with him and it went really well. Joe thinks Louie's a great guy."

Kris Jenner Uses Her Grandchildren to Brag About Her 'Great Memory'

Nick Cannon Slams Haters Condemning Him for Having 8 Kids With Freestyle Rap: They'll 'Be Friends' 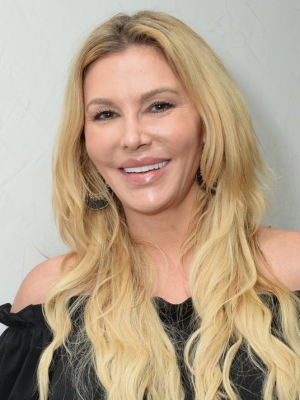