After it was ruled that the actor won his defamation case against the 'Aquaman' star, her attorney Elaine Bredehoft claims he has 'some excellent grounds' to appeal.

AceShowbiz - Johnny Depp's legal team are "very confident" there were "no errors" in his and Amber Heard's defamation case that would justify a "successful appeal." After Heard was found by a jury in Fairfax, Virginia, to have defamed her ex-husband with an article in which she claimed she was a victim of domestic abuse, The attorney Elaine Bredehoft has since said she has "some excellent grounds" to appeal.

In a new interview on "Today" show, Depp's attorney Benjamin Chew has cast doubt on an appeal. He explained, "We feel very confident that there are no errors that would justify any kind of successful appeal."

When asked last week if Heard will be "able to pay a $10.4 million judgement?", Bredehoft said, "Oh no, absolutely not." Depp's attorney Camille Vasquez has also said she doesn't think the verdict will have an impact on the #MeToo era.

Speaking in a joint interview with Chew on the morning show, she said, "We're here to talk about the case that we tried, right? We encourage all victims to come forward, have their day in court, which is exactly what happened in this case."

Following the verdict, Bredehoft claimed there was a "lopsided" social media frenzy surrounding the trial, and suggested there is "no way" the jury "couldn’t have been influenced by it". But Chew has now hit back, saying: "I don’t think that there’s any reason to believe that the jurors violated their oath. And again, that suggestion was disappointing to hear."

Additionally, Vasquez said that the jury was "admonished every single night." She explained, "And they had a tremendous amount of respect I think for the court and the process and they were doing the best that they could."

Chew believes the jury's verdict "had a lot to do with accountability, that Johnny owned his issues". He explained: "He was very candid about his alcohol and drug issues. "He was candidate about some unfortunate texts that he wrote, and I think it was a sharp contrast to Miss Heard, who ... the jury may have perceived that she didn’t take accountability for anything."

What's more, Vasquez admitted Depp had an "overwhelming sense of relief" when he heard the verdict. She said, "I was speaking with another friend of ours, a mutual friend of Johnny's and ours, and he said, 'I haven't seen Johnny smile like that in six years.' " Earlier this week, it was revealed Depp and Heard's former home, a lavish Los Angeles penthouse - one of five at the top of the Eastern Columbia Building which were owned by the "Pirates of the Caribbean" actor but sold off after they split in 2016 - is up for sale for $1,765,000.

The statement was in response to comments made by the 'Pirates of the Caribbean' star in his first TikTok video, joining the social media app just days after he won $10 million in damages at the conclusion of the trial last week.

In the video, he said, "To all of my most treasured, loyal and unwavering supporters. We’ve been everywhere together, we have seen everything together. We have walked the same road together. We did the right thing together, all because you cared. And now, we will all move forward together."

Christina Aguilera Gushes Over Feeling 'Connected' to Her LGBTQ+ Fans

Johnny Depp Looks Disheveled as He's Escorted Out of Hotel 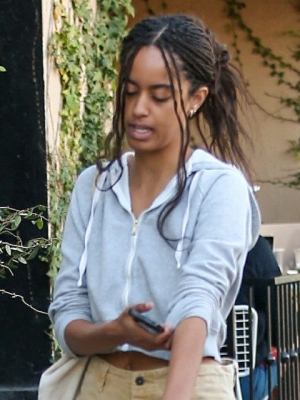 Rick Ross Disappointed After Being Denied Entry Into Buckingham Palace