Nicola Coughlan, who plays the youngest Featherington sister and the person behind the Lady Whistledown persona, shares in an Instagram post that it will follow Penelope and Colin's love story.

AceShowbiz - Nicola Coughlan teases what fans can expect in season three of "Bridgerton". The actress, who plays Penelope Featherington sister and the person behind the Lady Whistledown persona, shares that it will follow Penelope and Colin's love story. Making use of her social media, she revealed the "big secret" for the upcoming season of the popular Netflix period drama based on the series of novels by Julia Quinn.

On Sunday, May 15, the 35-year old actress wrote on her Instagram Story, "Like Lady Whistledown I've been keeping quite a big secret for quite a long time … but I can finally tell you that @bridgertonnetflix Season Three is Colin and Penelope's Story." Luke Newton, who plays the middle Bridgerton son, responded to her post as he quipped, "Here we go."

In another post on the platform, Nicola expressed her desire to the fans "proud" with her storyline. The "Derry Girls" star said, " 'Bridgerton' fans I hope we do you proud captaining this ship. We're very nervous and excited and can't wait for you to see #Polin's story." 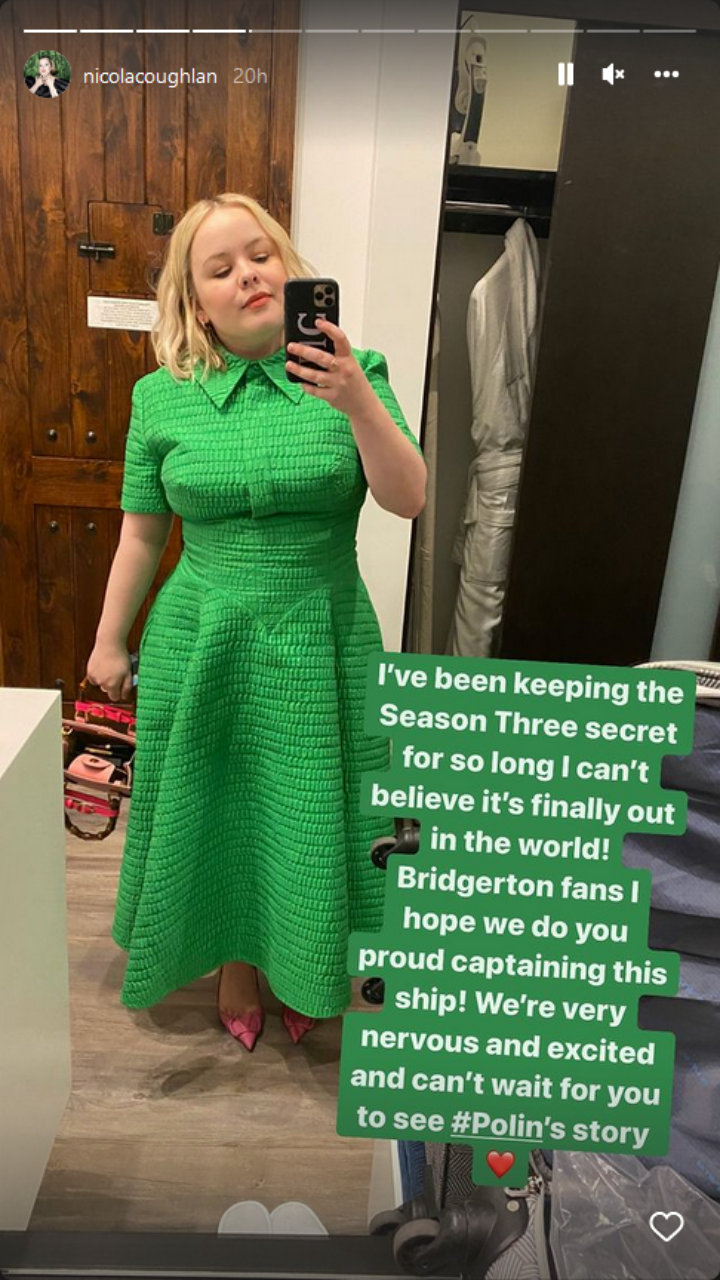 This confirmation comes after speculation that the fan-favorite pair might be next to be given the Shondaland treatment with creator Shonda Rhimes and the executive producer Chris Van Dusen implying it could be done soon. "We definitely left off what happens to Penelope and Eloise in a really - that's going to be riveting to see what happens next season. I think Lady Featherington now saying goodbye to Jack, and she is now solo - I think that's going to be fascinating," he shared.