While some staffers believe that the TV hostess deserves 'some kind of farewell' before her show is replaced with Sherri Shepherd's talk show 'Sherri', some others are 'still traumatized' over her alleged 'erratic behavior.'

AceShowbiz - Wendy Williams' staff is reportedly debating over her return to "The Wendy Williams Show" for its upcoming final episode before being replaced with Sherri Shepherd's new show, "Sherri". Some staffers insisted that the daytime talk show queen deserves "some kind of farewell," while others are still traumatized by her alleged erratic behavior.

"There's talk [of how to say goodbye] and a lot of people on staff feel like there should be a tribute to [Wendy] or some kind of farewell," a source close to the production team told Page Six. The insider further noted that at the end of the day, "it's her show and she's not there for it."

The source later shared that staffers "are angling for her to return" for the last episode because "they have all these fond memories." The so-called insider added, "People want her to come back… A lot of people, especially the mid and low-level producers, signed up for the job because of Wendy. It feels like it's just going to end [without her]. It's weird."

Meanwhile, a separate source revealed that staffers "are still traumatized" over Wendy's alleged "erratic behavior" in recent years. "There have been days where people thought they wouldn't have a job because she wouldn't show up to work, so this idea that there's some conundrum? No," the informant explained.

"She held the fate of almost 125 staffers' ability to care for their families [in her hands]," the insider continued. "They're glad they finally have some security in their life [with Sherri's show]."

When Sherri's new show premieres in September, she will inherit the majority of Wendy's production team. While it's not confirmed, the former "The View" co-host is expected to guest host the last episodes of "The Wendy Williams Show".

Of Sherri's hosting duty for the last episodes of the daytime show, a source told Page Six that it's a bit "awkward" because "she's the one replacing her." A separate insider spilled that the show's final episode is scheduled to air on June 17, adding that "Sherri is returning to guest host, but the last day of production is not set."

Earlier this month, Wendy told Fat Joe that she won't be watching Sherri's new show. "I [like] her, but I won't be watching her because I know what she's gonna be doing and that's really not my thing. Ummm, you know? You know what I'm saying? Anyway," the 57-year-old said.

Instead of being mad, Sherri was "truly concerned" for Wendy. "She's [Wendy] not well. So, it's just a lot going on in Wendy's life," said the TV personality, "This when you need your friends. You need your family. You need people who love you... So, all I can do over here is pray for Wendy."

Upon learning of Sherri's response, Wendy said that she'd "love the chance to actually speak with Sherri and sit down and meet." Responding to Sherri's claims that she's "not well," Wendy insisted that she's "in good spirits" and has "tons of support" around her while she's "working on projects." 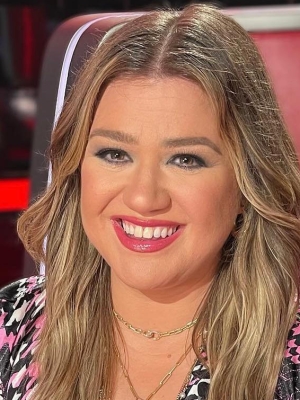