In a petition filed by a concertgoer, the 'Sicko Mode' rapper and the event organizers are blamed for not properly planning and conducting the concert, which left eight dead and hundreds of people injured, in a safe manner.

AceShowbiz - Travis Scott (II) and Live Nation have been hit with lawsuits after the Astroworld Festival tragedy, which left eight dead and hundreds more injured. Following the incident, the "Sicko Mode" hitmaker and the event organizers were sued by concertgoers, who called the tragedy "predictable and preventable."

Manuel Souza was first to be suing the 29-year-old rapper and Live Nation in a petition which was filed on Saturday, November 6 in Harris County District Court. "Defendants failed to properly plan and conduct the concert in a safe manner," Manuel's lawyer, Steve Kherkher, stated. "Instead, they consciously ignored the extreme risks of harm to concertgoers, and, in some cases actively encouraged and fomented dangerous behaviors."

Organizer ScoreMore was also being sued by Manuel. The lawsuit described the tragedy as a consequence of "a motivation for profit at the expense of concertgoers' health and safety" and the "encouragement of violence."

In another lawsuit obtained by Daily Mail, a 23-year-old attendee, Kristian Paredes, was seeking $1 million over allegedly being pushed into the show's general admission metal barrier and suffering permanent bodily injury. The lawsuit not only named Travis, who said he's "devastated," and Live Nation, but also Drake, Harris County Sports as well as Convention Corporation.

The filing stated, "The crowd became chaotic and a stampede began leaving eight dead and dozens including Kristian Paredes severely injured." Kristian and his legal team further claimed, "Many begged security guards hired by Live Nation Entertainment for help, but were ignored."

"There is every indication that the performers, organizers, and venue were not only aware of the hectic crowd but also that injuries and potential deaths may have occurred," Kristian's attorney, Thomas J. Henry, said. "Still, they decided to put profits over their attendees and allowed the deadly show to go on."

Following the tragedy, Kylie Jenner released a statement via Instagram, defending her baby daddy. "Travis and I are broken and devastated. My thoughts and prayers are with all who lost their lives, were injured or affected in any way by yesterday's events," the "Keeping Up with the Kardashians" alum wrote.

"And also for Travis who I know cares deeply for his fans and the Houston community, I want to make it clear we weren't aware of any fatalities until the news came out after the show and in no world would have continued filming or performing," Kylie added. The reality TV star then concluded, "I am sending my deepest condolences to all families during this difficult time and will be praying for the healing of everyone who has been impacted." 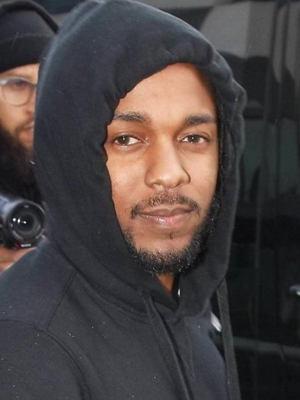