The 'Batman Returns' director admits, in a new interview, that he considered a handful of stars for the Caped Crusader role in his 1989 movie before choosing the 'Spider-Man: Homecoming' villain for the part.

AceShowbiz - Tim Burton knew Michael Keaton was his Batman when he was looking for the perfect Caped Crusader, because he felt the movie star looked like a guy who might own a batsuit.

The director admits he considered a handful of stars for the role in his 1989 movie, but "intense" Keaton stood out as Bruce Wayne and his crime-fighting alter ego.

"I had met lots of the square-jaw type of actors, but it's like, 'Well, why does somebody need to dress up like a bat? They don't look like Arnold Schwarzenegger, they're not a big action hero. They're somebody who's intelligent and kind of screwed up,' " Burton tells The Hollywood Reporter.

"And Michael has such an intensity that it's like, 'Yeah, I could see that guy wanting to dress up as a bat'. It's all rooted in psychology, Jekyll and Hyde and two sides of a personality, light and dark, and he understood that."

Keaton also played Batman in Burton's 1992 film "Batman Returns", and he'll be donning the batsuit again in the new "The Flash" film, in which he'll play an aged Bruce Wayne opposite Ben Affleck, who portrayed the Dark Knight in "Justice League" and "Batman v Superman: Dawn of Justice".

Prior to this, Keaton also sang Tim praises. "What Tim did changed everything," Keaton said. "Everything you see now started with him. If you really think about what happened between 1989 and now, on a cultural, corporate, economic level, it's unbelievable," so he said, insinuating that Tim changed the movie industry with his works. 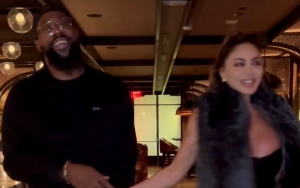