Alongside German actor Henry Hubchen, the former star of 'Knight Rider' will lead the show that is titled 'Ze Network' and described as an international conspiracy story.

AceShowbiz - David Hasselhoff is heading to German TV to play a fictionalized version of himself in a new series. The "Baywatch" star will appear in "Ze Network", alongside German actor Henry Hubchen, who will also play a heightened version of himself, with the show described as an international conspiracy story.

"Ze Network", produced for RTL streaming service TV Now, will see David land the lead role in a German stage show, only to be plunged into the center of a conspiracy of former Cold War assassins while the fabric of reality seems to break down around him.

David, who will also serve as an executive producer, said of the show, "Knight Rider was incredibly successful for both me and RTL. Returning now 30 years later to do a cutting-edge series and working with RTL again is a dream come true. The series is funny, deadly, creative and informative... simply exciting. Fact or fiction, you decide."

"Dogs of Berlin" creator Christian Alvart is set to direct "Ze Network". Speaking of his future collaboration with David for the series, he stated, "I can't wait to share with audiences the crazy ride Mr. Hasselhoff will be bravely taking on with 'Ze Germans'."

This won't be the first time the star has played a fictional version of himself - he did the same in "Hoff the Record", a sitcom which ran for two seasons from 2015 on U.K. TV channel Dave.

He also appeared in the 2017 movie "Killing Hasselhoff", in which Ken Jeong portrayed a cash-strapped nightclub owner who hires a hitman to kill the star in a bid to win a celebrity death pool and revive his fortunes. 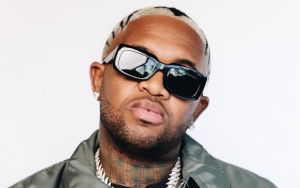