Dominic Jennings, who was once married to the Rolling Stones star's daughter, has died a couple of days after he was accused of trying to lure in children and look up girls' skirts at a park.

AceShowbiz - Keith Richards' former son-in-law Dominic Jennings has been killed by a train after facing accusations he "tried to look up girls' skirts" in a park in Bognor Regis, England.

Dominic Jennings, 45, who married to the Rolling Stones rocker's daughter by Anita Pallenberg, Dandelion, now known as Angela, in 1998, but split some years later, was allegedly confronted by locals and police, according to now-deleted Facebook posts seen by Britain's Daily Mail newspaper.

Jennings died on the railway track at Chichester station on Wednesday morning (22Jul20) - just two days after the accusations were made.

The news comes three months after Dandelion, 48, got engaged to her long-term partner and father of her children Ava, nine, and Otto, six, Graham Whitney.

In a post on Facebook, she addressed his death and claimed he had been struggling with drink and drug problems.

"I wasn't going to comment but unfortunately he has been on a downward slope for the last 15 years," she wrote. "I know his family have desperately tried to help but he hasn't accepted it. It's a shame it has come to this all over social media but he is not the man you all once knew. I must add I meant for his drink and drug problems."

In a Facebook post about the alleged incident involving Jennings, one local wrote, "Old man sat watching the children for over half an hour, was then seen trying to look up little girls' skirts and trying to coax them away from their parents and over to him.

"I confronted him, he then moved to a group of teenage girls at the other end of the park telling them how hot and sexy they were. Myself and a mum from the park confronted him again asking if he knew any of the children and what was he doing?"

Another post, featuring a picture of Jennings, said a man was "looking under' girls' dresses" and "speaking to them sexually." 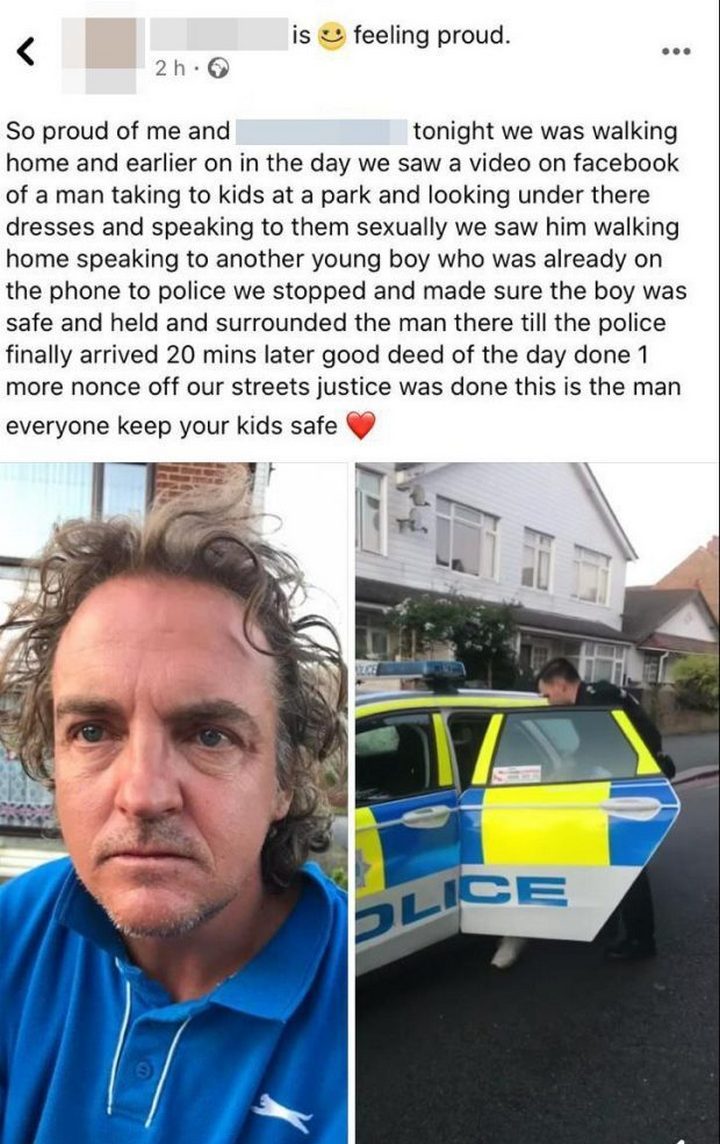 British Transport Police officials confirmed to the Mail that a man in his 40s was "pronounced dead at the scene" of the railway incident and that the matter has been referred to the Independent Office for Police Conduct as he had recently been in contact with officers.