The pilot admits to the other women that he previously felt pressured into sending Alayah home in the previous episode, so now he decides to get her to return to the show.

AceShowbiz - "The Bachelor" returned with a new episode on Monday, January 27. The new one saw Peter Weber regretting his decision to send Alayah home in the previous episode. That prompted him to try to get her back on the show, much to the other women's dismay.

The episode kicked off with a one-on-one between Peter and Victoria F. They spent time at an amusement park before going to a Chase Rice concert. That was uncomfortable for Victoria as she used to date Chase. At some point, Victoria pulled Chase aside to talk about the awkward encounter.

She told him that she couldn't lie to Peter about her past and Chase encouraged her to do what she felt was right and so she did. She freaked out, afraid that Peter wouldn't change his mind about her after the revelation. However, Peter assured her that would not happen and he even presented her with a rose.

During the group date with Victoria P., Kiarra, Kelly, Deandra, Madison, Lexi, Shiann, Tammy, Sydney, Hannah Ann, Savannah and Mykenna, Alayah made a return to set the record straight about her relationship with Victoria P. She said the former Miss USA contestants took a trip to Vegas together. When Peter confronted Victoria about the claim, and she admitted that was accurate before adding, "My truth is the truth."

Peter then shared that he previously was felt pressured into sending Alayah home. So he decided to invite her to return to the show and even gave her the group date rose. That didn't sit well with the ladies, especially Natasha and Deandra who slammed Peter over it during the cocktail party.

"Can I say something really quick? I'm sorry Peter, but I've never felt so under-recognized by somebody. And for us… who busted our ass out there on the football field and literally have the physical bruises to show, and then for you to come to the cocktail party and ignore us, half of us, who didn't get time, and then walk in hand-in-hand with Alayah, it was like the biggest slap in the face. Like, I couldn't even look at you," Deandra said.

At the end, Alayah cried as she felt like she was "literally just getting torn to shreds" by the other women.

Also in the episode, Peter had a one-on-one date with Kelsey following the ChampagneGate. During the date, she opened up about how her parents' divorce affected her. Peter eventually gave her a rose. 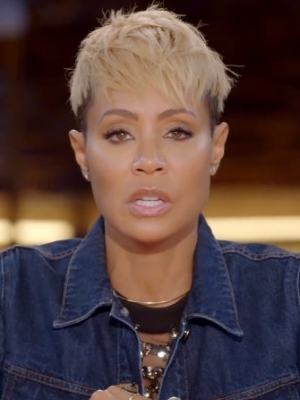 'RHONJ': Teresa Giudice Throws Her Drink and Flips Off the Camera in Explosive Finale Preview

Hilary Duff Disses Disney After Her TV Show Is Dropped

'The Masked Singer' Recap: The Mouse Is Unmasked to Be Legendary Superstar