Making an appearance on 'The Graham Norton Show', the actor known for his role as Captain Jean-Luc Picard additionally explains why his return to the franchise is a 'big deal' for him.

AceShowbiz - Patrick Stewart was caught watching one of his old "Star Trek: The Next Generation" episodes by a hotel waiter.

The actor debuted in the role of Captain Jean-Luc Picard on the hit science fiction TV show in 1987 - a part he's reprised in the science-fiction franchise's latest TV outing, "Star Trek: Picard".

Speaking on Friday's (January 17) instalment of Britain's "The Graham Norton Show", Stewart revealed he stumbled upon an episode of the classic show during a hotel stay and was left embarrassed when the waiter caught him, "having room service and watching himself".

"I don't look for it, but occasionally I'll happen upon it," the 79-year-old actor explained. "There was one night in a hotel when I was flicking through the channels and there was an episode of Star Trek: The Next Generation, so I watched it for a few minutes, and I got hooked.

"Then the waiter came in with my room service order and he looked at me, then looked at the television and I thought, 'He is going to go away and tell the entire kitchen that it was the saddest thing he had ever seen - this guy upstairs alone, having room service and watching himself'."

The star added that his return to the franchise, as Picard and in his new role as executive producer, is a "big deal" for him, noting: "They made me an offer I couldn't refuse! But there were conditions - no uniform and no Enterprise."

"They said they could live with that and they have made a huge commitment to the series," he recalled, adding, "We hope it is amazing."

"Star Trek: Picard" premieres on CBS All Access in the U.S. and Amazon Prime Video worldwide on 23 January. 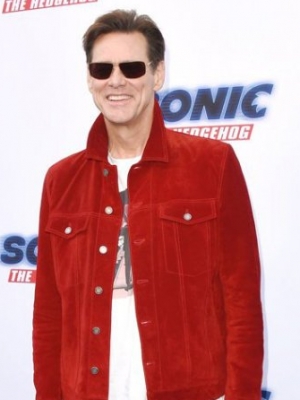 Every Singer Should Do 'The Masked Singer', Says Jake Shears After Elimination