After it was announced that the Netflix's longest-running original show will end with season 7, its two leading ladies issue a statement expressing their gratitude for what the series had offered.

Bosses at the streaming service have handed the series a 16-episode final run, which will start shooting following the premiere of season six, which debuts in January, 2020. 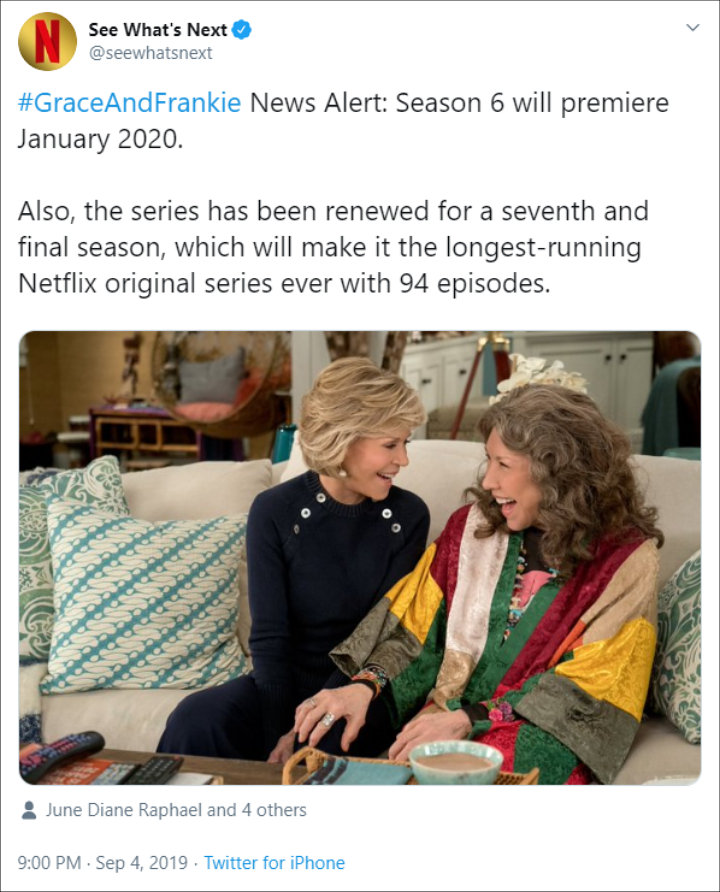 Netflix announced the premiere date of the final season of 'Grace and Frankie'.

Fonda, Tomlin and their co-stars Sam Waterston, Martin Sheen, June Diane Raphael, and Brooklyn Decker will all return for the seventh season.

"It's thrilling and somehow fitting, that our show about the challenges, as well as the beauty and dignity of aging, will be the oldest show on Netflix," co-creators and showrunners Marta Kauffman and Howard J. Morris said in a statement.

Fonda and Tomlin added: "We are both delighted and heartbroken that Grace and Frankie will be back for its seventh, though final, season. We're so grateful that our show has been able to deal with issues that have really connected to our grand generation. And their kids, and amazingly, their kids as well."

"We'll miss these two old gals, Grace and Frankie, as much as many of their fans will, but we'll still be around. We've outlasted so many things - just hope we don't outlast the planet." 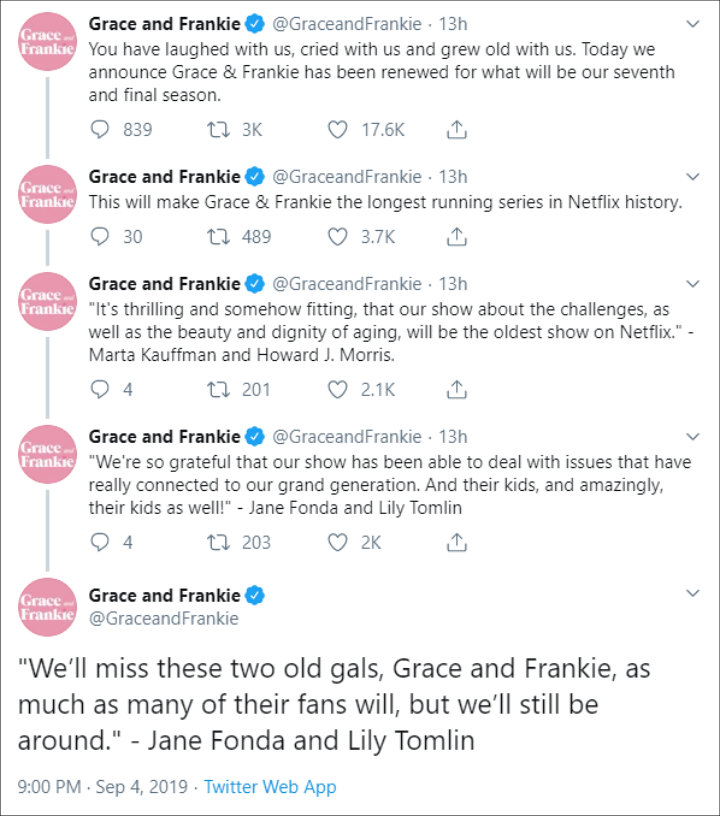 Jane Fonda: 'Grace and Frankie' Sent Me Back to Therapy and Prozac 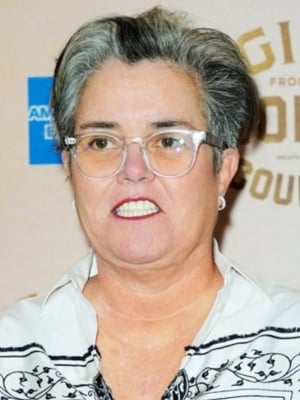