From Kylie Jenner to Beyonce, These Celebrities Go All Out for Their Children's Birthday Party

Some of the outstanding ways that these stars chose to celebrate their children's birthday include creating a theme park and renting real giraffes.

AceShowbiz - When it comes to birthday, there are a lot of celebrities who will throw stunning parties to celebrate their milestone. There are also stars who will go all out to make sure that their children get the same treatment and hold massive parties for their loved ones. Oftentimes, the parties that the celebrities throw for their children make people envy those kids.

From renting a whole botanical garden to creating a theme park, these stars are more than willing to spend thousands of dollars for the parties. One celebrities couple even rented real giraffes and elephants instead of buying dolls to entertain the guests. Another star made sure that his/her child had the best time during the special day by throwing a party that lasted for three days.

Without further ado, let's take a look at the most stunning birthday parties that celebrities hold for their kids. 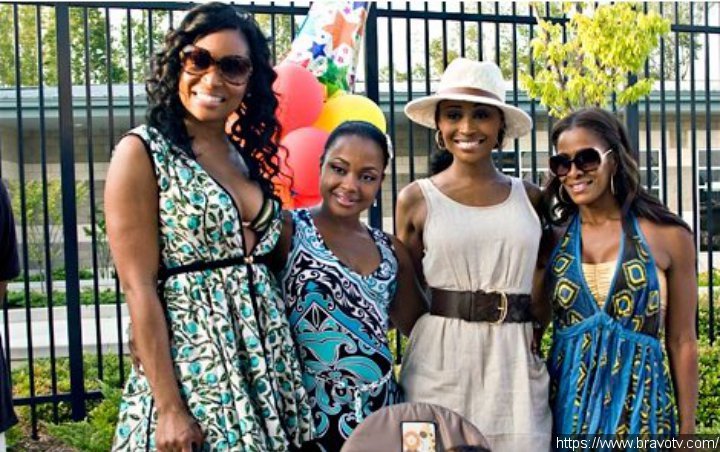 Phaedra Parks rented a water park Francis Meadows Aquatic Center to celebrate her son Ayden's first birthday party in 2012. Footage from the moment was aired in an episode of "The Real Housewives of Atlanta", with her co-stars such as Chyntia Bailey and Sheree Whitfield attending the lavish bash. Guests were taken to party venue by a bus because it was two hours away from Atlanta.

The crowning moment came when it was time to cut the cake. Even though Ayden was only one year old at the time, he was presented with twelve birthday cakes. Addressing the massive cakes, the Bravo star admitted she had no regrets as saying, "Since Ayden has brought us 12 months of pure joy, I wanted a custom cake to commemorate each moment." 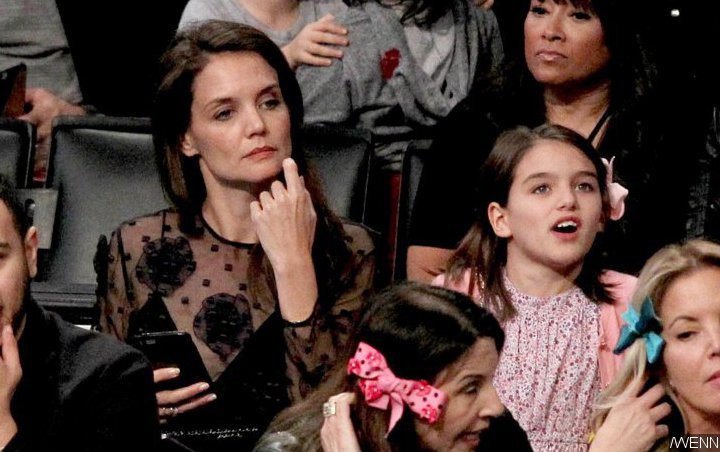 Katie Holmes and Suri Cruise hang out together.

Back when Tom Cruise and Katie Holmes were still married, the then-couple really went all out when it came to celebrating their daughter's, Suri Cruise, birthday. For instance, they spent around $100,000 to make sure that the little girl got the special treatment she deserved when she turned two in 2008. It included a four-tiered chocolate and vanilla cake from Sweet Lady Jane, decorated with yellow polka dots and butterflies. Little Suri also got to watch 1,000 butterflies fly around her.

Her fifth birthday party was just as massive. Tom and Katie threw her a circus-themed birthday party complete with real elephants and giraffes. And because Suri loves "Alice in Wonderland", her parents hired professional actors dressed in costumes from the fairytale to entertain the guests. All in all, Tom and Katie reportedly spent around $20,000 for the private bash. 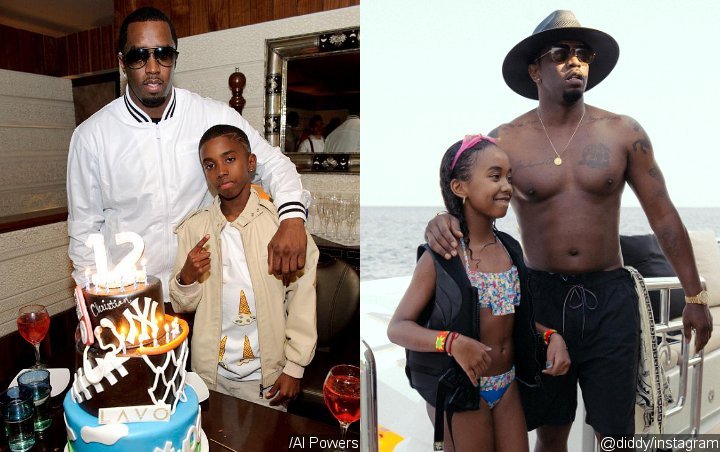 Sean "P. Diddy" Combs always gives his all when it comes to his children, especially when they are celebrating their birthday. When Christian turned 12 years old in 2010, the hip-hop mogul threw a lavish birthday party that lasted for three days in Las Vegas. They had dinner at Lavo Restaurant in The Palazzo, where guests were treated to spaghetti and Kobe meatballs before cutting the three-tiered cake.

As if that wasn't enough to make people desire to be his child, Diddy took her daughter, Chance Combs, to a European trip when she turned 11 years old. Diddy splashed out over half a million dollars to rent a yacht to celebrate her milestone. In addition to bringing his family members, the rapper brought along Chance's mother, Sarah Chapman, and his then-girlfriend Cassie. 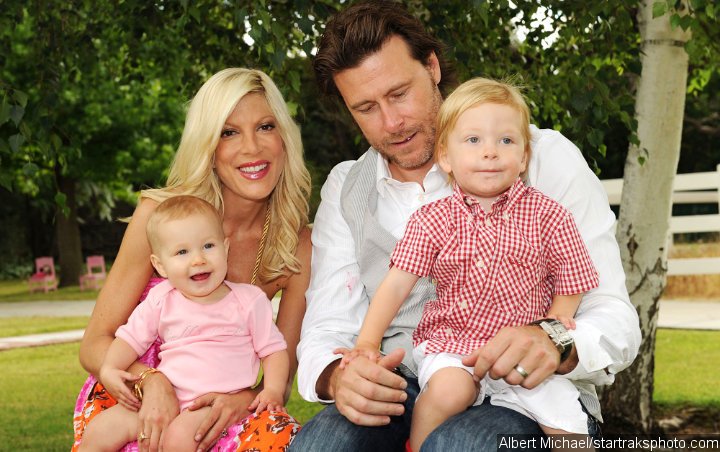 Tori Spelling and husband Dean McDermott never disappoint in throwing over-the-top birthday parties for their children. For instance, when their daughter Stella turned one in 2009, the couple invited more than 100 friends and family members to celebrate the special day at a private state in Encino, California.

The ladybug-themed birthday bash featured a tented tennis court with chandeliers, a gardening station where guests and their children could create their own potted plants, a cookie-decorating station, ladybug sprinklers, a ladybug insect zoo and pony rides. The couple also hired Stella's favorite artist The Jumpitz to help entertain the guests at the bash in addition to presenting their daughter with a giant ladybug cake. 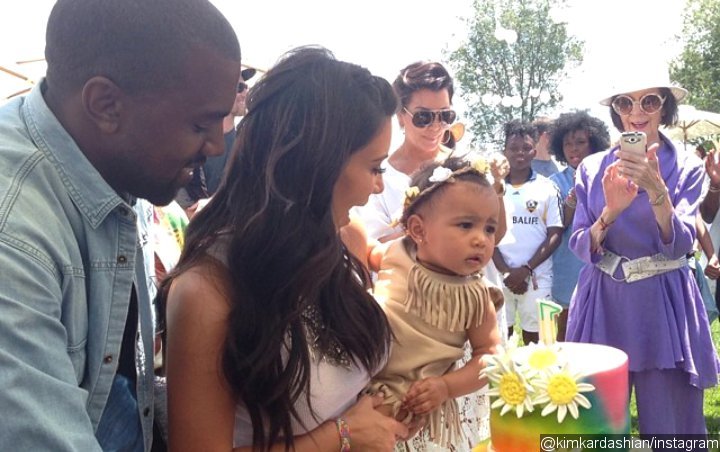 The Kardashians have always been known for throwing stunning birthday parties, be it for themselves or their children. Thus, it came as no surprise when Kim Kardashian's first child North turned one in 2014, she would throw her the most extravagant birthday party. The makeup mogul and Kanye West hosted a Kidchella-themed birthday party for the little girl, complete with a ferris wheel and face-painting.

The bash was held at Kourtney Kardashian's huge backyard, where a stage was built so that friends and family members could lip sync to hit songs. There were also a big bounce house for kids as well as various food stands for lemonade, funnel cake, churros and cotton candy. Additionally, the guests were asked to dress in festival attire to match the theme. 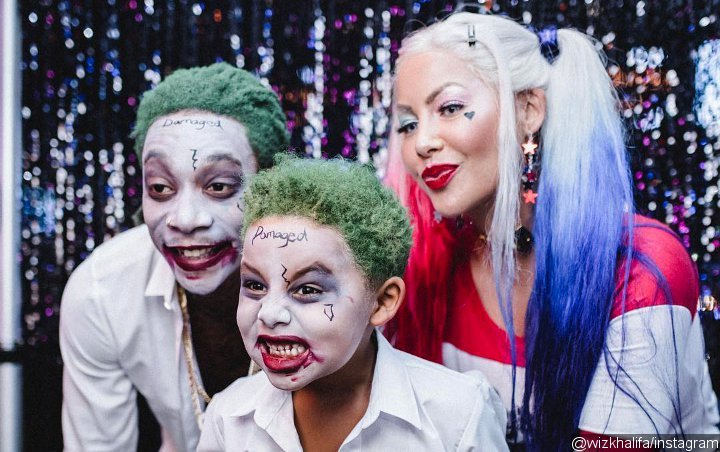 Amber Rose and Wiz Khalifa might have broken up, but they are still an awesome co-parenting team. When their son, Sebastian, turned five in February last year, the exes threw him a fabulous spooky Halloween-themed birthday party at a Dave & Buester. Amber and Wiz even decided to dress up in matching costumes as they channeled Harley Quinn and Joker respectively.

In addition to getting a visit by men dressed as Batman and Superman, guests were entertained with a performance from the birthday boy. Sebastian sang a rendition of Michael Jackson's "Man in the Mirror" and Queen's "Bohemian Rhapsody". Partygoers also got to enjoy playing arcade games and eating a spiderweb birthday cake. All in all, the party was sure one to remember. 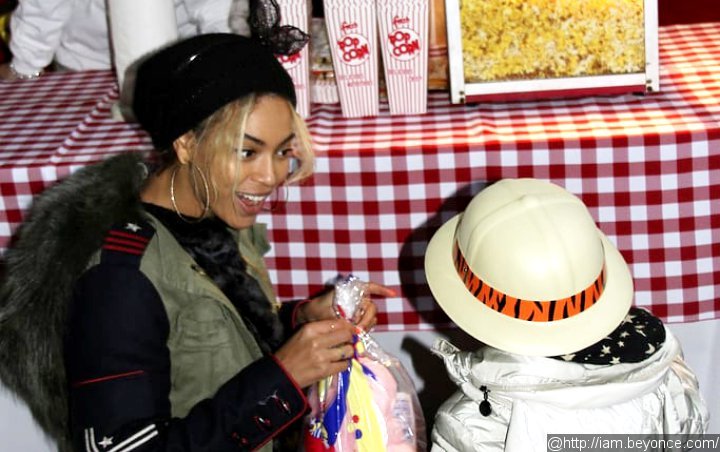 Having parents like Beyonce Knowles and Jay-Z, Blue Ivy had one of the best second birthday parties any child could wish for. The power couple rented out popular wildlife park and botanical garden Jungle Island in Miami back in 2014 so that their first-born could spent her birthday with lemurs, orangutans, kangaroos and penguins.

Guests at the party included Beyonce's fellow Destiny's Child members Michelle Williams (II) and Kelly Rowland. The three ladies got their faces painted and watched Blue open her gifts. At one point, the "Crazy in Love" hitmaker posed with several of the animals there, including a white tiger, a monkey and a snake. 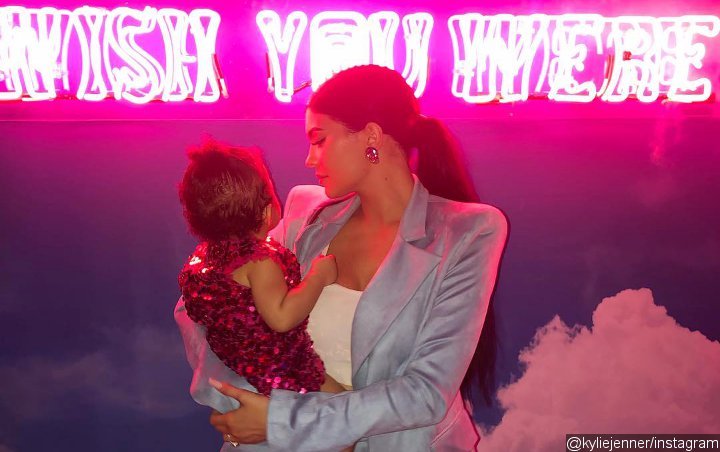 Stormi might have recently turned one year old, but she undoubtedly had one of the best birthday parties than any other children. Kylie Jenner basically had an entire theme park built in honor of her daughter with Travis Scott (II). Inspired by the rapper's latest album "Astroworld", the theme park was called StormiWorld and featured rides, moving cakes and a live performance by Baby Shark.

In addition to that, the event was complete with a massive Stormi-shaped entrance which looked similar to the one at Travis' "Astroworld Tour". The tot was even gifted a Chanel bag by DJ Khaled, while the guests were treated to various sweets and french fries placed in Louis Vuitton boxes. There was also a gift shop at the lavish bash.

Kylie Jenner Sees Herself Having Four Kids, Talks About the 'Timeline'

Kylie Jenner and Tyga Spotted Having Dinner in Los Angeles