James Arthur and Anne Marie kick off the night with a performance of 'Rewrite the Stars' from 'The Greatest Showman'.

AceShowbiz - Following the performances in last episode, the remaining 10 singers in "The Voice" season 15 learned their fates in Tuesday, December 4 episode. Two contestants would be sent home in the double elimination, while the other eight would be advancing to the next round.

James Arthur and Anne Marie kicked off the night with a performance of "Rewrite the Stars" from "The Greatest Showman". Before announcing the first set of results, host Carson Daly revealed that Chris Kroeze got the Apple Music bonus for having the most streams during the voting window overnight. He dethroned Reagan Strange who won for two weeks in a row.

Later, Team Blake Shelton's Kirk Jay and Team Jennifer Hudson's Kennedy Holmes were named as the first two singers in the Top 8. Joining them were Team Jennifer's MaKenzie Thomas and Team Kelly Clarkson's Chevel Shepherd. With that being said, all Team Jennifer members secured their spots in the next round.

Kelly then took the stage to flaunt her skills, performing her latest banger "Heat" off her new album "The Meaning of Life".

Now it was time for more results. Besides Reagan, the five remaining contestants took center stage before it was announced that America saved Sarah Grace from Team Kelly. Also advancing to the next round was Team Blake's Chris Kroeze.

The night also saw Gwen Stefani joining forces with Chilean artist Mon Laferte for a rendition of "Feliz Navidad" from her new holiday album "You Make It Feel Like Christmas".

The remaining went up to the stage to hear more results, but again, Reagan was nowhere to be seen. Kymberli Joye was announced safe. Carson then revealed that DeAndre and Dave Fenley would be up for Instant Save. How about Reagan? Carson shared that the audience could still tweet to save her.

Performing first was Dave. He opted for "Amazed" that perfectly showcased his strength. Kelly praised him for his "smart" choice of song. Meanwhile, DeAndre sang "All of Me" for his performance. It was such an epic stage that Jennifer, Kelly and Adam raised their feet for him.

The early results of the vote saw DeAndre and Reagan fighting for the top place as the two tied around 36%. Meanwhile, Dave was in the last place with 26%. Later, Reagan showed her dominance by taking the lead with 39%.

It was for the final results of Instant Save. Just like what most people expected, Reagan won the Instant Save and was named as the final artist in the Top 8. Unfortunately, Dave and DeAndre were eliminated.

'The Voice' Finale Recap: Find Out the Winner of Season 18 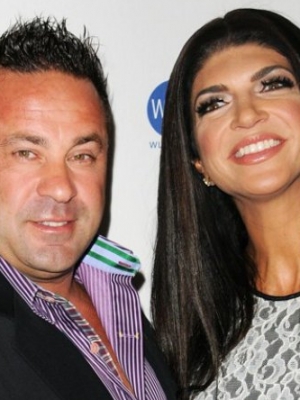 Teresa Giudice Is 'Moving On' From Joe, Says She'll Be Dating in 'RHONJ' Season 11