Although Travis and Mac never had a collaboration in music, the 'Antidote' hitmaker took the stage in downtown Las Vegas and rapped a quick verse, declaring his love for the late rapper.

Taking to the stage in Downtown Las Vegas, Travis paused between tracks to freestyle a quick verse dedicated to the star.

"This is Superstar Boy / Malcolm that's my boy / Mac Miller I love you, always be my boy," he sang to a roaring crowd, according to TMZ. "Mac Miller we f***ing love you, you the f***ing one."

The "Antidote" hitmaker then transitioned into his SZA collaboration track, "Love Galore".

While Travis and Mac never rapped on a song together, they were openly supportive of one another in the industry and dropped their newest albums, "Astroworld" and "Swimming" respectively, on the same date last month.

It was Mac's fifth studio album and Travis' third, the latter of which shot straight to number one in the U.S. album charts.

Travis is the latest star to acknowledge the late musician on stage, after Post Malone made a sweet gesture dedicated to Mac at a gig in California earlier this month.

The "Rockstar" rapper took to the stage at the KAABOO Del Mar festival in San Diego wearing a customised airbrushed T-shirt with the words "RIP Mac Miller" across the front, adorned with blue and pink roses.

Mac's official cause of death has yet to be confirmed as officials await the results of a toxicology report. He died aged 26. 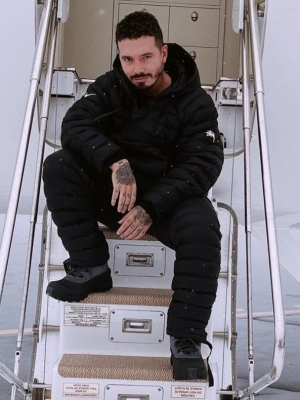