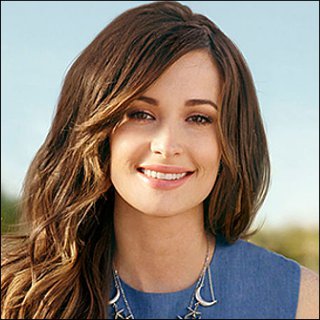 %cKacey Musgraves% loves words and she has expressed it beautifully through her songs that lately soared on the top of charts and gained her popularity more than she's ever gotten before. "I love words," she said. "I love how intricate they can get. Even in simple conversation, I like it when language is colorful."

She started out her career as an indie artist, self-releasing three albums, before trying to get a bigger break by participating on country music competition "Nashville Star" in 2007. Placing seventh on the contest, she continued to follow her heart's desire and make music to tell her story and make people listen to it through her quirky puns, shrewd metaphors, and steely ironies.

Her strong portrayal as a true language artist was shown in her first major-label album "Same Trailer Different Park". Through the title, she seemed to assure her fans that she's still the same person with strong passion in music like she was before she got signed by major label, Mercury Records.

She peaked at No. 2 on Billboard Hot 200 and reached No. 14 on U.S. Country Songs chart with lead single "Merry Go Round". The album was preceded with an opening stint for %cLady Antebellum%'s Own the Night tour in the United Kingdom in 2012. Her other song "Undermine" was featured on "Nashville" in the same year.

Musgraves was nominated for four awards at the 47th Annual Academy of Country Music Awards, including Female Vocalist of the Year. She was also nominated for four Grammys at the 56th Annual Grammy Awards, tying %cTaylor Swift% and %cLorde% for the most nominations received by a woman that year.

In 2014, she joined %cKaty Perry% on the North American leg of her "Prismatic World Tour" as well as %cWillie Nelson% and %cAlison Krauss% on select dates during their tours. Later in the year, she revealed she'd started working on a new album, which she announced in May 2015 would be titled "Pageant Material".

"The majority of Pageant Material was recorded live - which was a bit of a departure from 'Same Trailer' - and gave it more of a concise, classic sound," the 26-year-old singer said in a statement. "All of the incredible musicians were in the same room playing on the entire record, and I think that spirit comes across."

"The last couple of years have done so much for me, and this project was really affected by that in the best way. There are certain moments lyrically that still hit me hard even after listening so many times. It's a great glimpse into where my head is from Same Trailer to now," she added.

"Pageant Material" hit the stores on June 23, 2015, receiving critical acclaim from music critics and making into numerous lists of best albums of the year. In addition to that, it was nominated for Best Country Album at the 58th Grammy Awards as well as Album of the Year at the 2015 CMA Awards. Musgraves did not embark on a tour to support the album, but she performed songs off the set on several television shows such as "The Late Show with Stephen Colbert", "Good Morning America" and "Jimmy Kimmel Live!".

Her third studio album, "A Very Kacey Christmas", was announced on September 7, 2016, a few months after she began dating Ruston Kelly. Featuring eight classics and four original songs, the album was released on October 28 to universal acclaim. In support of the effort, Musgraves hit the road for a Christmas-themed tour. The trek kicked off on November 26 in Windsor and concluded on December 17 in Evansville.

While Musgraves did not release any new music in 2017, she was featured in a slew of songs, including %cZac Brown Band%'s cover of %cJohn Prine%'s "All the Best". She also participated in "Outlaw: Celebrating the Music of %cWaylon Jennings%" special, belting out Jennings' "The Wurlitzer Prize". In October of that year, she became engaged to Kelly.

Musgraves announced her third studio album, "Golden Hour", in December 2017. Backed with singles "Butterflies", "Space Cowboy" and "High Horse", the effort made its way out on March 30, 2018 through MCA Nashville. Receiving widespread acclaim from critics, the album debuted and peaked at No. 4 on Billboard 200. In support of the album, she embarked on a tour called "Oh, What a World Tour" which kicked off in Oslo, Norway on October 13. It is set to wrap up on September 28, 2019 in New Orleans.