Brad takes Ashley S. to the studio where they record a duet of Seal's "Kiss from a Rose." Afterwards, Brad and Ashley walk into another room where Seal surprises them with a live performance.

At dinner atop the Capitol Records building, Ashley tells Brad that the song playing is significant to her because she used to sing it with her father. He passed away two years ago. She's really opening up to him.

Brad goes on a group date where he and the ladies will be filming an action movie. That means they'll be doing some choreographed fights scenes.

Shawntel steps up to the occasion and performs her scenes flawlessly. Michelle steals Brad away from Chantal during their one-on-one time (surprise, surprise) and fits in her first kiss with Brad. Contrary to what Michelle told us before, there are no fireworks and action star Shawntel gets the date rose.

Emily tells the other bachelorettes in the house about how she lost her fiance in a plane crash. The story brings many of the girls to tears. They wonder if Emily will open up on her one-on-one date in wine country.

Brad and Emily's mode of transportation is a private jet. We feel bad for Brad because he doesn't know about Emily's past. On their date at the vineyard, Brad asks questions, but Emily's not opening up. Finally, she reveals that she has a daughter with her fiance who passed away in a plane crash. After that, the date goes smoothly and Brad gives her a rose.

Brad calls Jaime, his therapist in LA, to chat. He mentions that Ashley and Emily were able to open up to him. They discuss how Brad can make the girls comfortable so they'll let down their walls. Once he can get them to open up, he'll make a connection with each of them.

Brad puts Jaime's advice to use immediately. He takes Chantal aside to apologize for not thanking her for opening up on the previous group date. Michelle steals Brad away to tell him that they're in a fight because he's not giving her enough attention. Thanks for the update, Michelle.

Madison tells Brad that she's having mixed feelings about being in the house. She even removes her fangs to prove she's serious. After hearing Emily's story, Madison doesn't feel like she's at the same point in her life as the other girls. She doesn't want to take a rose away from anyone who may be more deserving.

Ashley H. tells Brad that if he has any doubt about her, he should let her go and she'll understand. Brad reassures her that he likes her. As he's about to leave, he walks right back to Ashley H. to give her a kiss.

Brad has 10 remaining roses remaining to hand out to the bachelorettes. Smack dab in the middle of the third Rose Ceremony, Madison storms off. She tells Brad that she'd like to leave. Brad commends her for her honesty. Still, he wonders why she wants to leave when they haven't really gotten to know each other. Brad gives the remaining roses to: 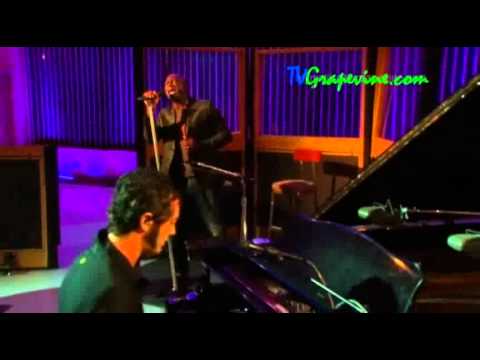