The Brazilian supermodel and the NFL star legally ended their 13-year marriage in October last year and they have agreed to have joint custody of their kids, Benjamin and Vivian.

AceShowbiz - Gisele Bundchen has further fueled rumors that there's something special between her and Joaquim Valente. The supermodel was spotted enjoying a scenic horse ride with her hunky jiu-jitsu instructor, while her ex-husband Tom Brady spent quality time with the kids.

On Tuesday, January 24, the Brazilian beauty was photographed riding horses with Joaquim in Costa Rica. She was seen flashing a big smile as she trotted around on horseback next to her alleged new man.

Gisele dressed casually in jeans and a green tank top and looked effortlessly stunning as her long golden tresses blew in the wind. The jiu-jitsu pro, meanwhile, wore a blue T-shirt, jeans and a backward baseball hat.

Gisele and Joaquim first sparked dating rumors when they were spotted enjoying a dinner date in Costa Rica in November last year. Recently, a source claimed that she has a "deep personal relationship" with him.

While Gisele enjoyed her day with Joaquim, Tom spent some quality time with the kids, 13-year-old son Benjamin and 10-year-old daughter Vivian. On Wednesday, the seven-time Super Bowl champion first posted a video of his little girl playing around with a treadmill. "In other news….the cutest roomie in the world [an earth and red heart emojis] x infinity," the NFL star captioned his Instagram Story. 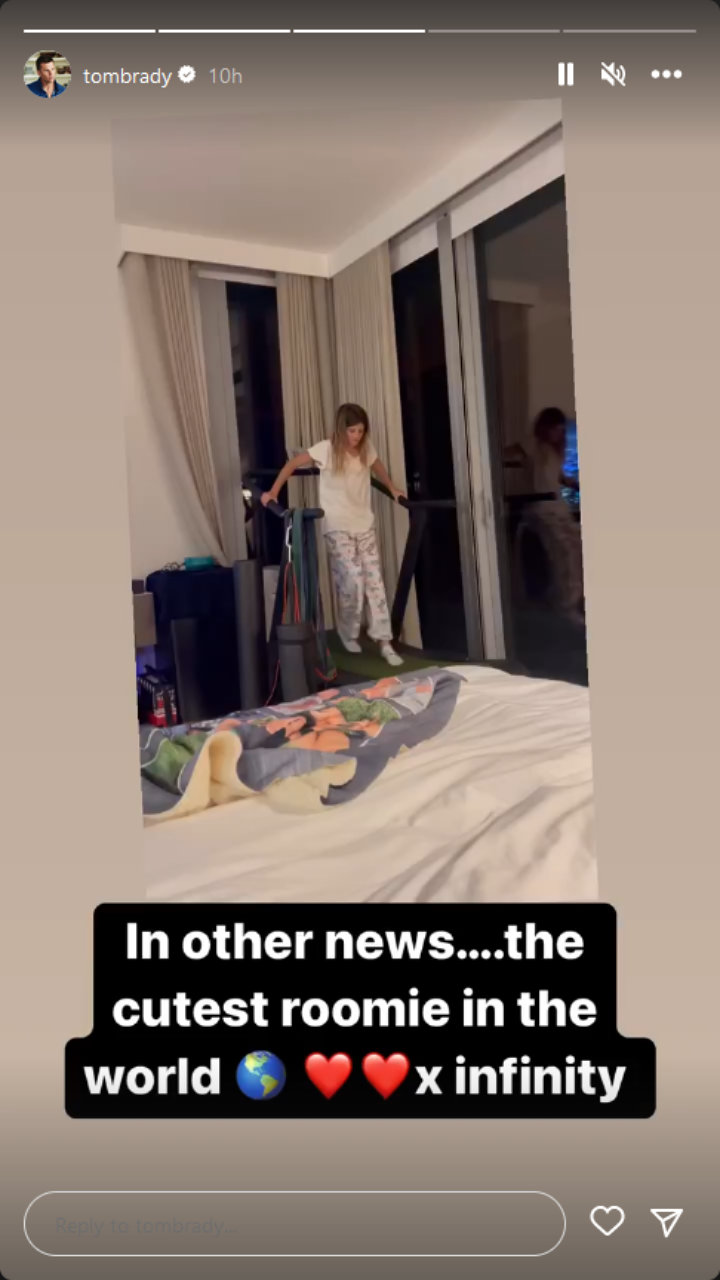 In a following Story, Tom uploaded a photo of Vivian and shirtless Benjamin "monkeying around" in his bed. "And in other news…2 monkeys monkeying around," the 45-year-old father wrote over the sweet snapshot, adding two monkey emojis and a couple of red heart emojis.

Gisele and Tom finalized their divorce on October 28, 2022. Following the marriage split, the now-exes agreed to have joint custody of their kids. While Gisele, who "knows" that she "made the right decision" to end her 13-year marriage to Tom, continued to fuel Joaquim dating rumors, Tom has been linked to Miss Slovakia winner Veronika Rajek, who often gushes over him on social media.