Also turning heads at the event are Laverne Cox, who stuns in a voluminous green gown, Carrie Underwood, who looks modest in a spangled suit, and Heidi Klum, who opts for an asymmetrical outfit.

The "Don't Worry Darling" helmer and star turned up the heat in her see-through outfit by Christian Dior. She went braless underneath the lace dress while flashing her black panties. She accessorized with a big belt that perfectly hugged her waist.

Also shutting down the red carpet with her stunning look was Ellen Pompeo, who wore a sparkling striped jumpsuit. The colorful number brought old disco vibes and the "Grey's Anatomy" star teamed it with blue shoes. 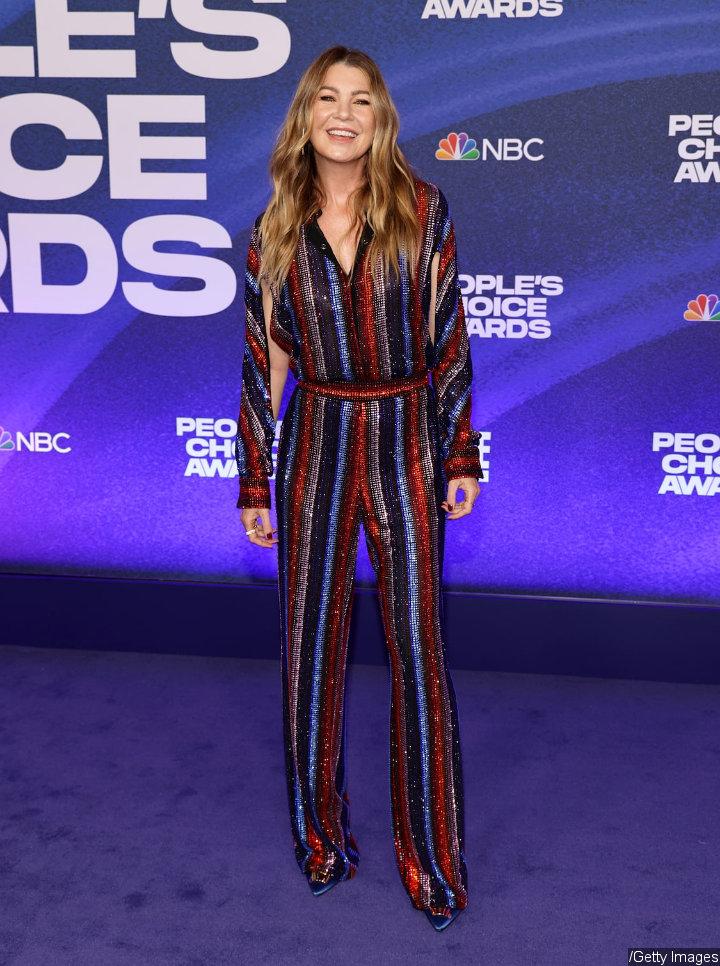 Laverne Cox wowed in a voluminous green gown by Collina Strada that made her look regal, with a slit right in the middle. She accessorized with a gold necklace while her blonde hair was styled in an updo with curtain bangs.

Carrie Underwood opted for a modest style in a metallic spangled suit. Heidi Klum went bold in an asymmetrical outfit by Maison Blanche, paired with a pair of white thigh-high boots. Carmen Electra opted for a bedazzled bra top and slinky black skirt. 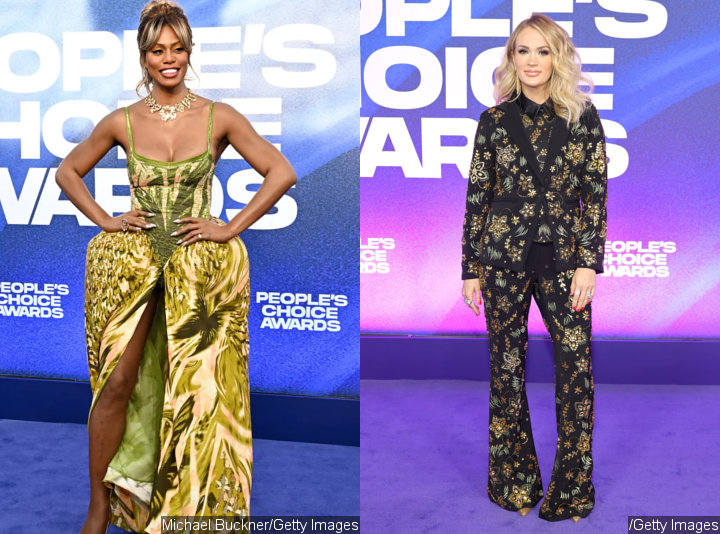 "Selling Sunset" star Chelsea Lazkani wore a blush beaded gown. Shania Twain went daring in a sheer number which featured an animal print bandeau top paired with a matching long, hooded scarf. Her getup was complete with a black velour skirt, which hugged her hips and draped down to the ground. 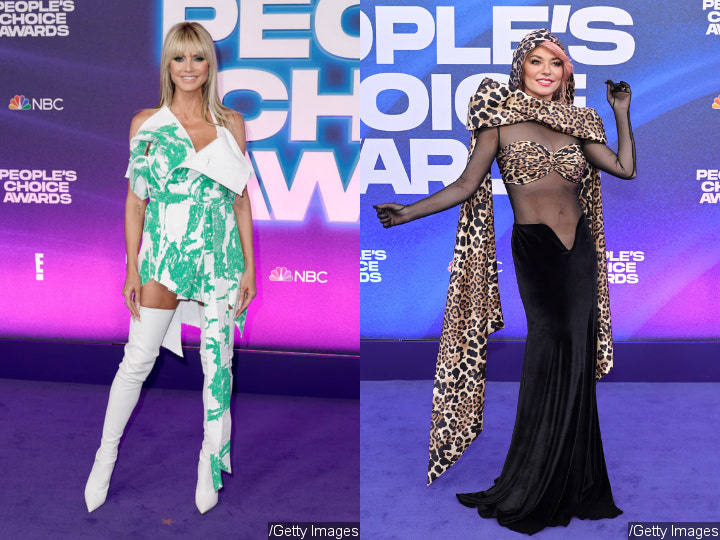 Sarah Hyland showed off her legs in a ruffled Vera Wang LBD while her husband Wells Adams opted for a black jacket with a white T-shirt underneath. Another couple coming to the event was Tarek El Moussa and his pregnant wife Heather Rae, who flaunted her baby bump in a "naked dress" as her husband sported an all-black getup. 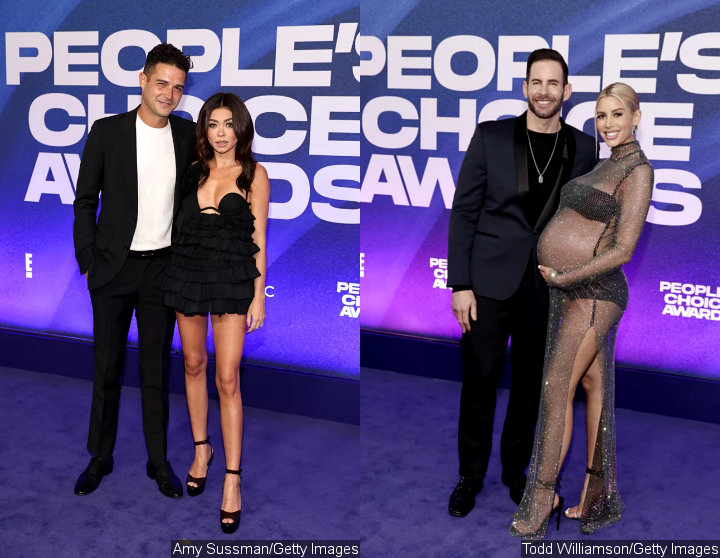 Billy Porter also opted for a black number, but his was more extravagant. He wore a ruffled jacket and wide-leg pants as he accessorized with some bedazzled necklace and bracelet. Ryan Reynolds looked dapper in a Thom Browne suit, while Dwyane Wade wore a purple Louis Vuitton jacket with black pants and white sneakers. 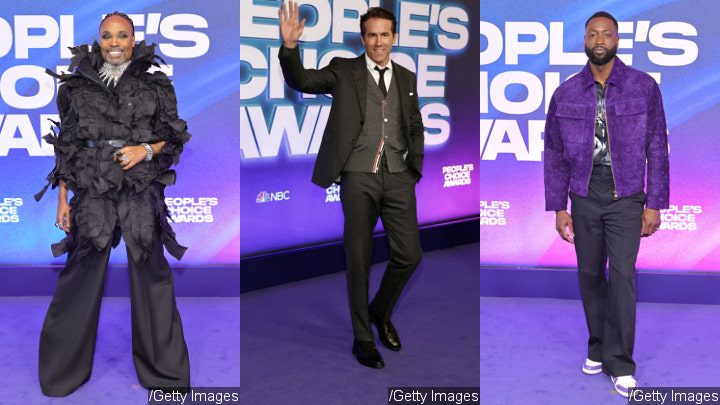 The 2022 People's Choice Awards is hosted by Kenan Thompson, who was joined on the red carpet by his former "All That" co-star Kel Mitchell. The duo wore coordinating blue suits.