Making use of his social media account, the 'Goosebumps' rapper appears to give fans a clue that he is featured on his 'Love Galore' collaborator's new album.

AceShowbiz - Travis Scott (II) is adding more to his CV. In a new post he made on his social media platform, the "Goosebumps" rapper appears to hint that he takes part in SZA's new album "S.O.S."

On Wednesday, November 30, SZA turned to her Instagram account to share what appeared to be the cover of her new album. In it, she's dressed in a loose hockey jersey, with the words "SZA" and "S.O.S" written on it. The "Good Days" hitmaker completed her look with tan work boots and high white socks at the end of her bare legs.

Giving fans a hint that he's on the album, Travis reposted SZA's post on his Instagram Story. Along with the cover art, the "SICKO MODE" rapper added a bunch of eye emojis. Not stopping there, Travis' baby mama Kylie Jenner also showed some support on SZA's post with a series of exclamation marks. 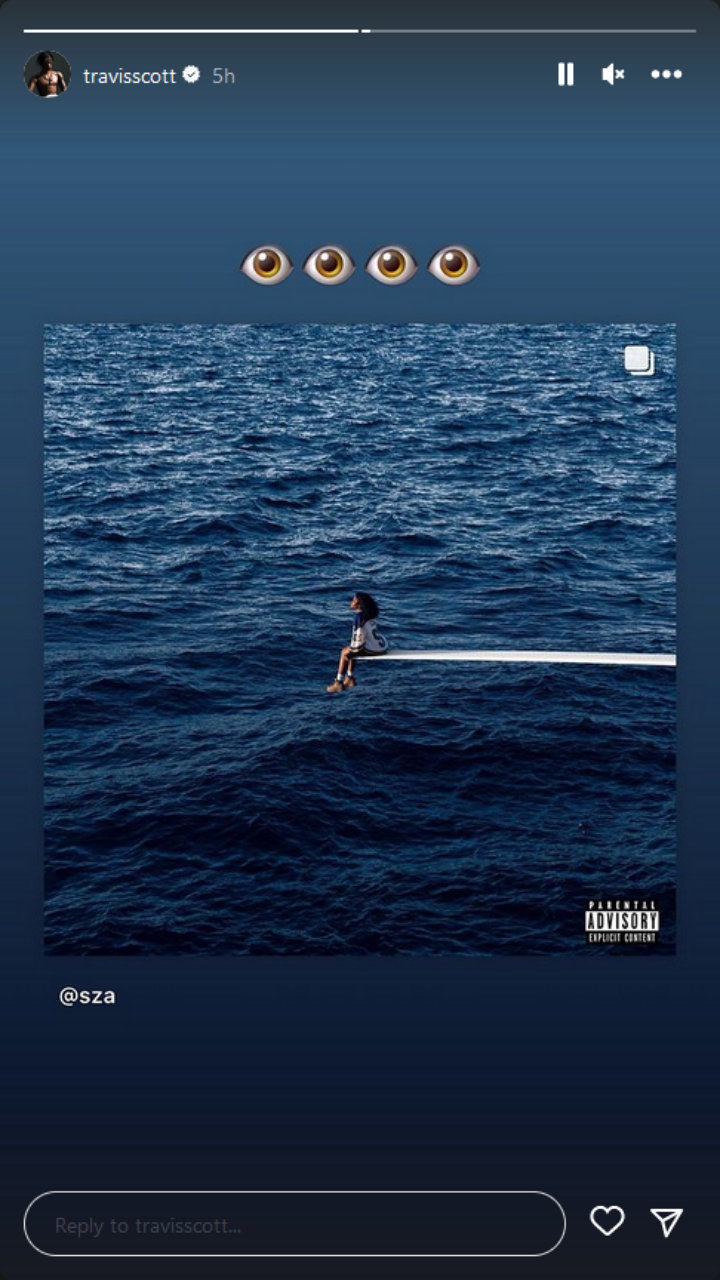 Travis Scott appeared to give fans a clue that he's on SZA's new album 'S.O.S.'

Previously, Travis and SZA worked together on their collaboration "Love Galore". The song was released in 2017. It's the second track from SZA's debut album "CTRL", after the No.1 track "Drew Barrymore".

Aside from headlining music events, Travis is expected to executive produce a biopic on late legend DJ Screw for Columbia Pictures. Of the project, DJ Screw's sister Michelle Wheeler said that she's "very thankful for Sony and Travis being on this journey with us, helping keep my brother Screw's legacy going."

Not stopping there, Travis also served as Future's creative director for his performance on "Jimmy Kimmel Live!" in October. At the time, Travis helped bring Future's "Love You Better" track to life in a theatrical way.