It's announced in February that the former co-host of 'The View' would be taking over the ailing TV host's talk show time slot with her own daytime talk show.

AceShowbiz - Sherri Shepherd seemingly has made herself at home at Wendy Williams' old studio. The former "The View" co-host's new show "Sherri" poster has replaced "The Wendy Williams Show" ahead of its premiere.

TMZ reported on Friday, September 2 that a huge poster for "Sherri" went up in New York City on Thursday right outside Chelsea Studios, where Wendy shot her daytime program and where Sherri's show will film.

Insiders revealed that the brand new talk show's audience and lineup of celebrity guests have been fully booked well into the Fall with the set reportedly boasting bright, happy colors, including light blue and yellow tones to reflect Sherri's personality.

Ahead of her show's debut, Sherri turned to her Instagram page to remind her fans and followers. "Getting nuggets of wisdom from some very strong women in my life. Who inspires you? 9 more days til the premier of 'Sherri'," she wrote. "Inspiration, joy & laughter coming your way!!!"

However, Wendy has not been thrilled that Sherri has been getting advice from talk show mogul Oprah Winfrey. "Wendy couldn't get a 'Real Housewife' to help her when she started her show and here is Oprah reaching out to Sherri, who stabbed Wendy in the back. No wonder Wendy is heartbroken," an insider close to Wendy said.

"It feels like the whole world is against Wendy," the source explained more. "Wendy had to beg reality stars to appear on her show and here is Sherri getting calls out of the blue from Oprah. If Oprah turns up on Sherri's show as a guest, in Wendy's old studio, Wendy will explode."

"Here's Wendy calling Nick Cannon and a bunch of D-listers from Bravo, and Sherri is taking calls from Oprah," the informant continued. "Wendy has a public breakdown and lost her show and Oprah, or no one else for that matter, called Wendy."

In February, it's announced that Sherri would be taking over Wendy's talk show time slot with her own show. Sherri was prominently featured as a guest host on "The Wendy Williams Show", which initially premiered in 2008, during its 13th season as Wendy took a months-long absence due to her mental and health issues. 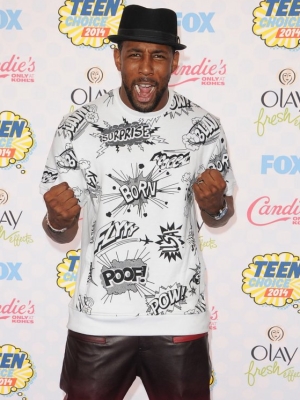