The 'Drip Too Hard' rapper shares the exciting announcement on Instagram just one week after the premiere of his documentary called 'Untrapped: The Story of Lil Baby'.

AceShowbiz - Lil Baby has returned with a new offering for fans. On Friday, September 2, the "Drip Too Hard" rapper released a new single called "Detox" and its music video as he announced a new album.

In the visuals, which he co-directs with Ivan Berrios, Baby can be seen operating a chaotic brokerage. Some points in the footage shows the emcee doing his side hustle, including boxing and becoming a yoga instructor.

"I been on the road, I'm gone/ Private jet for me and the bros/ Hit H. Lorenzo, pick up clothes/ I made a finsta to hit my h*es up," he raps on the Papz-produced track. "They don't know what I'm on, I'm on one/ It ain't 'bout right now, it's the long run/ I been actin' way too humble/ Graduated the streets with honors."

A few hours after the music video release, Baby confirmed the title and release date for his new album on Instagram. Sharing the cover art for the upcoming project, he declared, " 'It's Only Me' 10-14-22 I Kno Its Been Along Time Coming But I'm Coming Harder And Harder …… #worththewait."

Baby made the exciting announcement around one week after wrapping up his "One of Them Ones Tour" with Chris Brown. They kicked things off on July 15 in Raleigh, North Carolina and concluded the outing in Las Vegas on August 27.

Music aside, the hip-hop artist just had something to celebrate recently as he debuted a new documentary called "Untrapped: The Story of Lil Baby". Premiered on August 26, it follows the rapper's journey to stardom.

"I'm blessed to be able to tell my story and have people care to hear it," he said of the documentary. "This film is a real look into my journey, and if it inspires even one person to believe that they can get through hard stuff and dare to follow a dream, then it was worth every penny spent and hour worked. My story is many people’s story and I’m excited to share it." 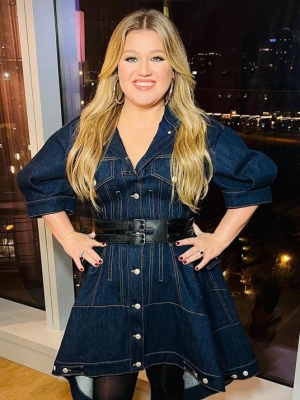