The 35-year-old 'Very Cavallary' alum is already a mom to Camden, ten, Jaxon, eight, and Saylor, six, whom she shares with former husband and NFL star Jay Cutler.

AceShowbiz - Kristin Cavallari is open-minded about having more kids. The 35-year-old TV star, who already has Camden, ten, Jaxon, eight, and Saylor, six, with ex-husband Jay Cutler, shares that while she Kristin is not looking to have any more children at the moment, she won't rule it out entirely.

The blonde beauty, who was married to the former sports star between 2013 and 2022, said on Instagram Story, "I'm not looking to have more." She added, But it I met someone who didn't have kids, then I would have one more." 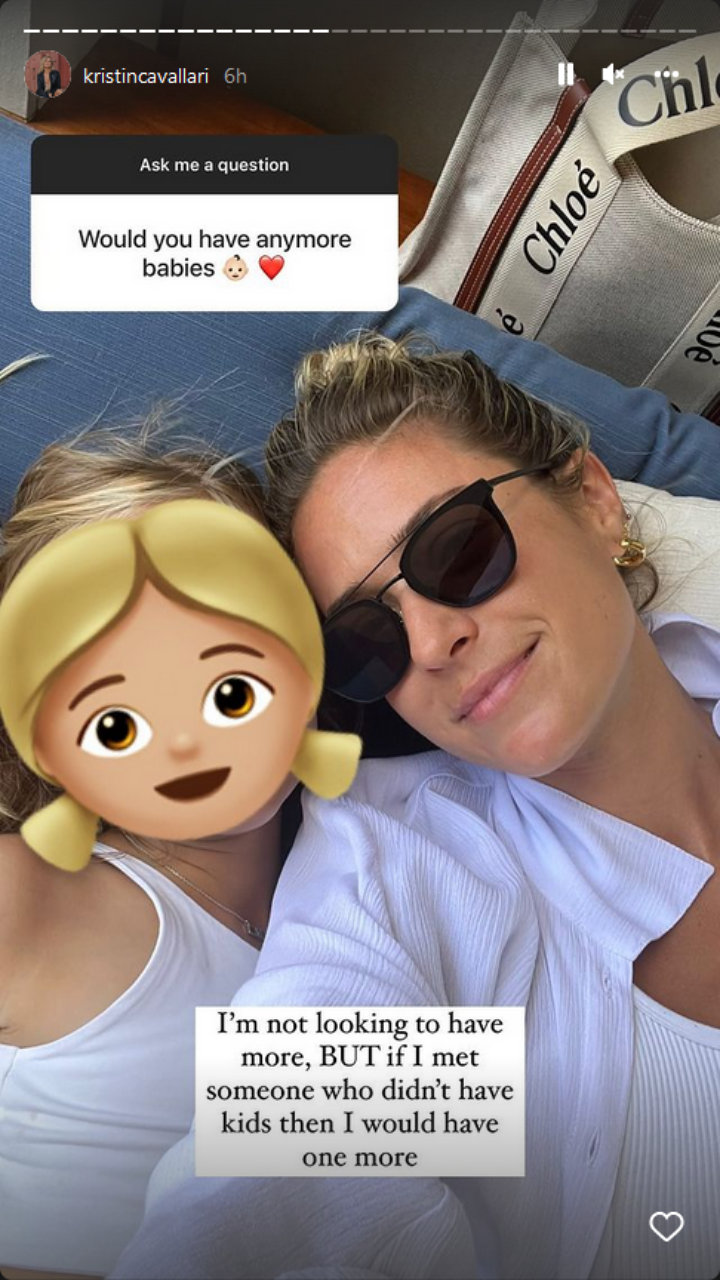 Kristin Cavallari weighed in on having more kids.
Editors' Pick

Kristin confirmed that she's currently single, but she's also keen to start dating once again. Asked if she's dating at the moment, Kristin shared, "I haven't been for the past couple months. I go through phases. I was a dating machine for a minute (which was very fun by the way) but then I decided not to put any energy into men. Butttttt now I'm ready to get back out there."

Kristin and Jay announced their split via a joint statement on social media. At the time,the "Very Cavallari" star and the former NFL player said on Instagram that they had "nothing but love and respect for one another", in spite of their break-up.

Kristin and Jay said in April 2020, "With great sadness, after 10 years together we have come to a loving conclusion to get a divorce. We have nothing but love and respect for one another and are deeply grateful for the years shared, memories made, and the children we are so proud of. This is just the situation of two people growing apart. We ask everyone to respect our privacy as we navigate this difficult time within our family. (sic)"