The 'Kardashians' star, who is also a parent to her daughter Stormi Webster, decided to change her baby boy's name in March as she 'really didn't feel like it was him.'

AceShowbiz - Kylie Jenner has shed some light on her baby boy's name. The makeup mogul and mom of two has shared an update on her second child's moniker as fans were convinced that she actually has leaked his moniker.

In a new sneak peek from the upcoming season of "The Kardashians", the 25-year-old reality star admits, "Wolf was never on our list, it was actually something [Khloe Kardashian] suggested and I liked the name." She further stresses, "It just wasn't him."

Her big sister Kim Kardashian then muses, "Naming a child is the hardest thing in the world." As the famous family nod in agreement, Kylie is then asked, "So do you have a name?" Without missing a beat, she replies, "No."

In February. Kylie and her baby daddy Travis Scott (II) welcomed their son, who was initially introduced to the world as Wolf Webster. However, the couple, who are also parents to 4-year-old Stormi Webster, later decided it "didn't feel like it was him," with Kylie announcing in March they had changed his name.

"FYI our sons name isn't Wolf anymore," Kylie wrote in an Instagram Story, letting her fans know about the name change. She went on explaining, "We just really didn't feel like it was him. Just wanted to share because I keep seeing Wolf everywhere."

While the billionaire has yet to reveal the moniker, fans believed she's already picked and leaked her baby boy's name after she posted a photo of a moon on her Instagram Story. The August 12 post, which did not include a caption, was a picture of the moon in the night's sky.

Fueling speculation, her sister Kourtney Kardashian also posted a photo of the moon. In her post, she and her husband, Travis Barker, were holding their phones up to the sky to capture their own pics of the moment. She then posted another photo of it, most likely from her perception, and captioned the post, "Full moon." 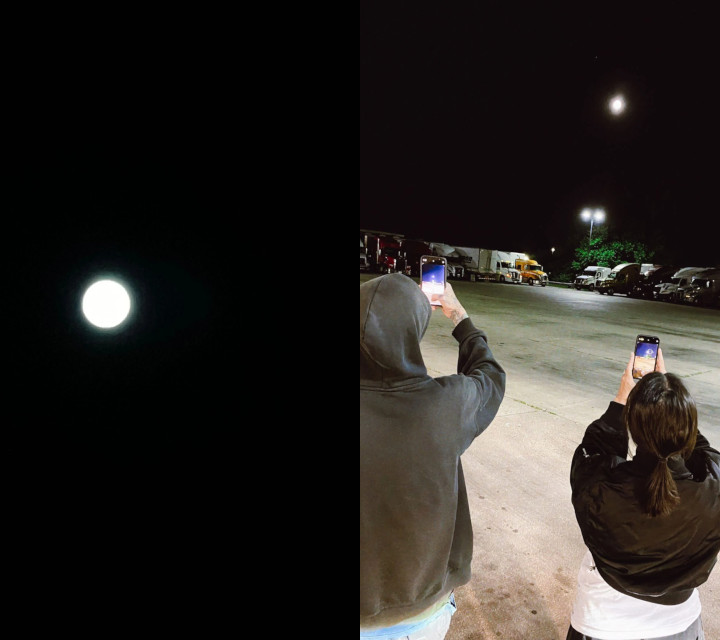 "I'm calling it now... Moon Webster," one fan confidently stated. "I would believe it!" another agreed, with someone else echoing, "I think you're right." A separate social media user added, "DEF Moon Webster!! ikr."

Others, in the meantime, were convinced that Kylie's son's name could be linked to her daughter Stormi, who was born in 2018. "I know Kylie's baby boy name is Knight. Stormi and Knight. That is right, I am calling it. Only time will tell if I am right but it seems 'perfect' for Kylie and Travis," one person opined. Another added, "Honestly for a girl that named her baby Stormi with an i, Knight is pretty par for the course. Wouldn't surprise me."

Yaya Mayweather Hints at Getting Back Together With NBA YoungBoy

Fans Are Convinced Kylie Jenner's Mansion Is Haunted - Find Out Why