The Canadian actor, who is currently filming 'Barbie' with Margot Robbie, shuts down the speculation that he may portray the Nova Corps member for an upcoming MCU project.

AceShowbiz - As Marvel continues broadening its cinematic universe, it's been a question as to which star is joining the fold next. Most recently, Ryan Gosling's name was brought up as a possible strong contender to play Nova, who is said to be getting a live-action treatment.

However, the Canadian hunk has apparently shut down the speculation. In an interview with "Happy Sad Confused" host Josh Horowitz, the 41-year-old actor ruled out the possibility of him playing the member of the Nova Corps, though he revealed his interest in playing another superhero.

"Ryan and I chatted about the Nova rumors yesterday which he said aren't true," Horowitz shared on Twitter on Tuesday, July 12. "BUT this morning Ryan reached out to me to say there is one superhero he wants to play...GHOST RIDER." 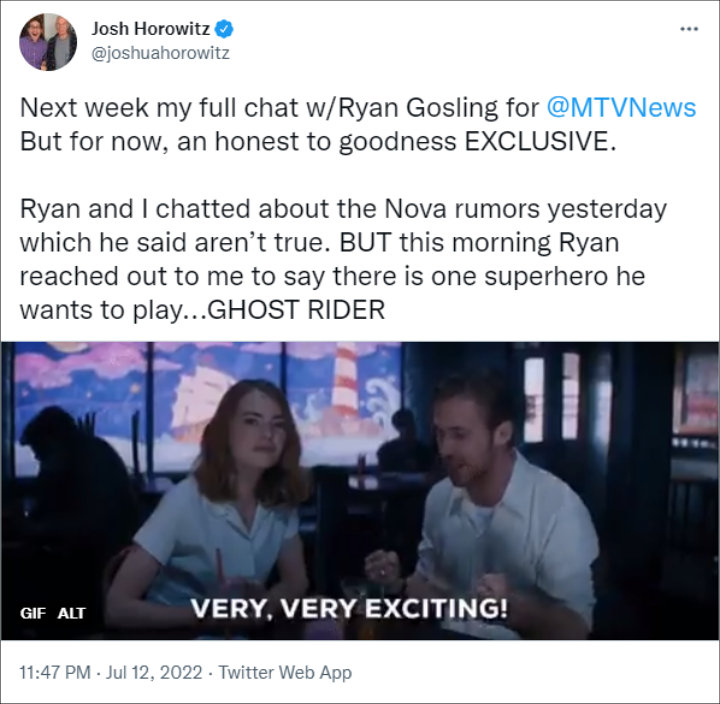 Rumors emerged earlier this week that Marvel Studio is developing a Nova project, though details were scarce. Later, it was reported that the project will take the form of a limited series on Disney+, akin to "Moon Knight". Further fueling the speculation that the project would be brought to life as a series is the fact that "Moon Knight" writer Sabir Pirzada is attached to the Nova project.

Gosling is currently busy filming "Barbie", a live-action adaptation of the Mattel toy line. The "Blade Runner 2049" star portrays Ken in the film, which is directed by Greta Gerwig based on a screenplay written by herself and Noah Baumbach.

He stars opposite Margot Robbie, who plays the titular character. Plot details remain scarce, but the actress has said that the film's goal was to subvert expectations. "... we like the things that feel a little left of center. Something like Barbie where the IP, the name itself, people immediately have an idea of, 'Oh, Margot is playing Barbie, I know what that is,' but our goal is to be like, 'Whatever you're thinking, we're going to give you something totally different - the thing you didn't know you wanted,' " she told The Hollywood Reporter in April.

She added, "Now, can we truly honor the IP and the fan base and also surprise people? Because if we can do all that and provoke a thoughtful conversation, then we're really firing on all cylinders."

LeBron James Clarifies His Comments on the U.S.' Reaction to Brittney Griner's Detainment in Russia 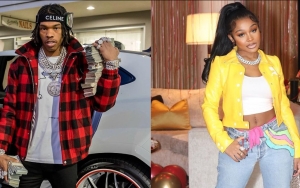