The Rebecca Pearson depicter on the ABC show takes to her Instagram account to express her disappointment that the long-running show is being ignored by the Television Academy.

AceShowbiz - Mandy Moore wishes the 2022 Primetime Emmys gave more nominations to the "insanely, wildly talented cast and crew" of "This is Us".

Having portrayed matriarch Rebecca Pearson for the show's six season run between 2016 and 2022, the 38-year-old actress expressed her disappointment that the long-running drama was only recognized in the Outstanding Original Music and Lyrics category for her husband Taylor Goldsmith and composer Siddhartha Khosla for their song "The Forever Now". 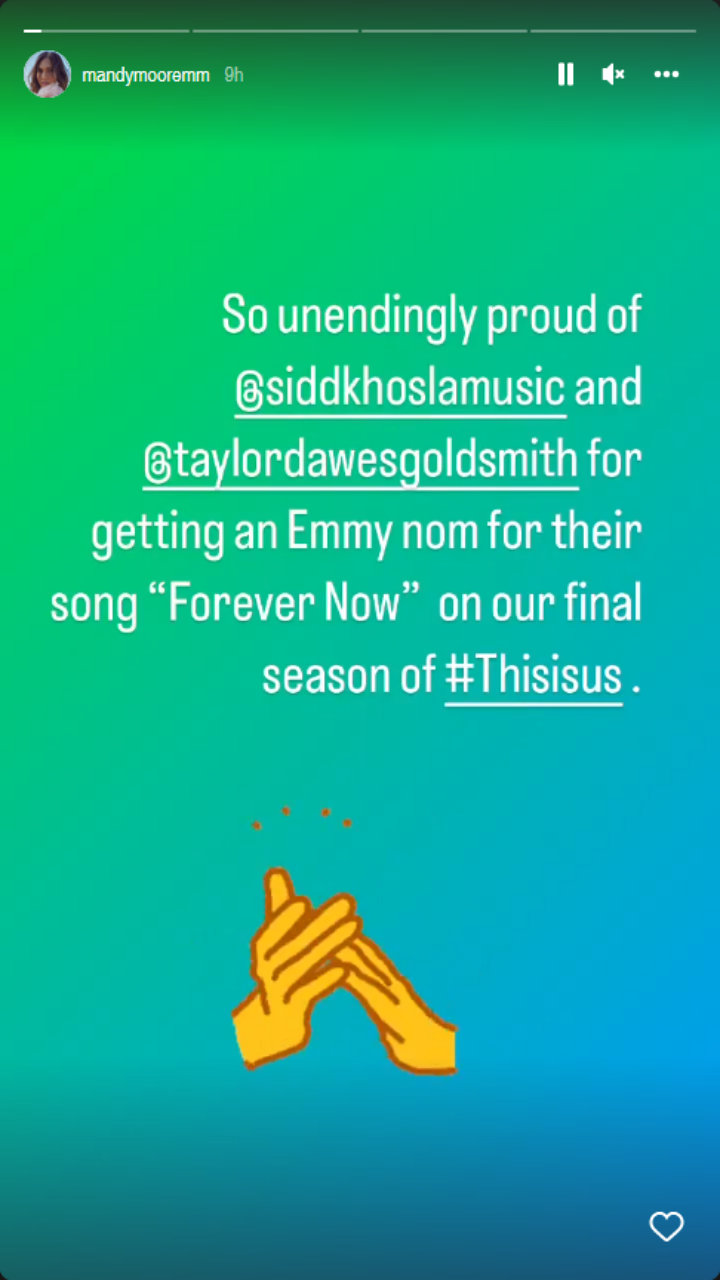 On her Instagram Story posted on Tuesday, July 12 following the awarding body's announcement, Mandy wrote, "Do I wish our show was recognized in what I think was its's [sic] finest hour? Sure. And [creator] Dan Fogelman's brilliant writing for 6 seasons (hello THE TRAIN)? @kenolin1's [Ken Olin] impeccable direction? Our insanely, wildly talented cast and crew? Yah."

"The Princess Diaries" star admitted that despite their show being largely ignored by the Television Academy there was "nothing" that could remove what the ABC series meant to "SO MANY," including her and the rest of the cast, such as her on-screen husband Jack, who was played by Milo Ventimiglia. She wrote, "That's an incredible legacy to be a part of. I will be grateful forever." 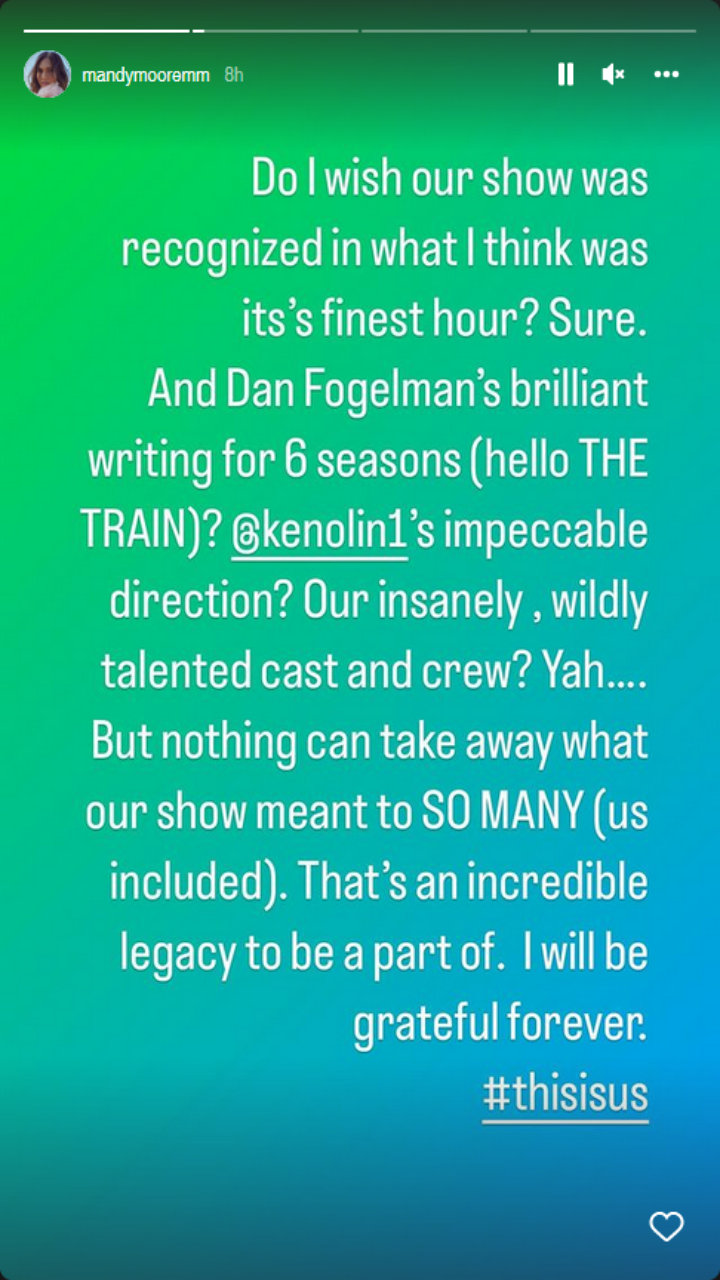 Mandy Moore expressed disappointment over 'This Is Us' Emmys snub.

Recently, Mandy, who played the mother of the "Big Three" made up of Justin Hartley's Kevin, Chrissy Metz's Kate and Sterling K. Brown's Randall, reflected on how becoming a mother to her son Gus "fully solidified" how she brought a parent to life.

The former pop princess, who is now expecting her and her husband's second child, said, "I'm like, 'Oh, it all makes sense now' … I just feel like the interaction that I have with the kids now … I have always felt the maternal instinct in me, but now it's fully solidified."