The 24-year-old beauty mogul makes use of her Instagram account to share a 'special throwback' picture of her firstborn planting a kiss on her pregnant belly for a kitchen photoshoot.

The 24-year-old beauty mogul gave birth to a baby brother for her four-year-old little girl two months ago, and she's just posted a professional picture of Stormi planting a kiss on her bump for a kitchen photoshoot.

She captioned the snap on Instagram: "a special throwback (sic)."

"The Kardashians" star - who has her kids with rapper Travis Scott - recently shared a new glimpse of her newborn son.

Kylie posted a new photo of her baby boy - whose name she has not yet revealed - from their recent Easter celebration.

The infant's tiny sneaker can be seen as he is held by his father close to his chest in the sweet snap.

There's still no update on his name after Kylie revealed her son will no longer to be called Wolf. 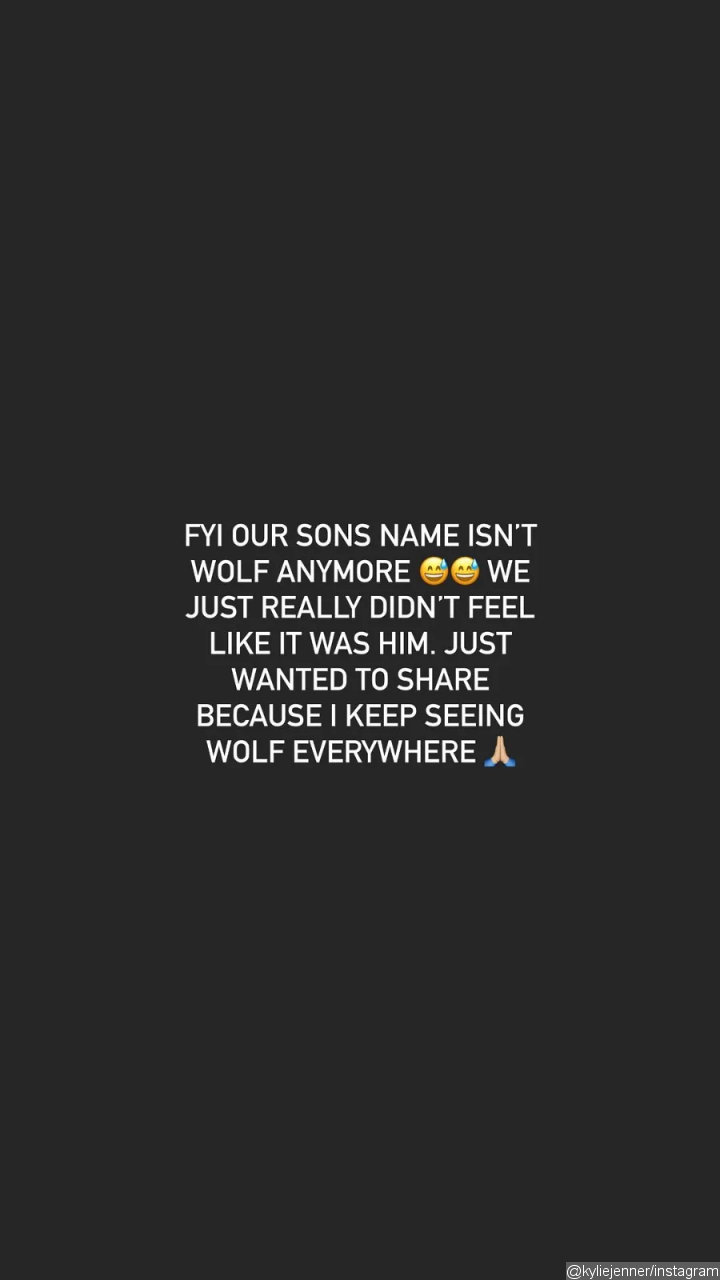 Kylie Jenner said her son is no longer named Wolf.

The mother-of-two is believed to be still "lingering" on a name, according to her half-sister Kim Kardashian.

The 41-year-old reality star said, "There's one name lingering, but she really wants to make sure. It's a really big decision. It's the hardest thing ever in life is to name a child."

She said, "I personally - when I had my kids, I didn't name them until they were born. You really want to see what they look like and I always - when I would hear people do that - I would say, 'How do you not be prepared for that? You have nine months to think about this.' But no matter what, it's just the hardest decision ever."