The 'Don't Start Now' hitmaker, along with her label Warner Records, is accused by Artikal Sound System, a South Florida reggae band, of copying their 2017 song titled 'Live Your Life'.

AceShowbiz - Dua Lipa has been slapped with a copyright infringement lawsuit over her hit song "Levitating". In the petition, the "New Rules" songstress is accused of copying Artikal Sound System's song.

The South Florida reggae band filed the motion against the pop star in Los Angeles federal court on Tuesday, March 1, per TMZ. In the paperwork, the members of the band claimed that "Levitating", which spent 68 weeks on the Billboard Hot 100 songs chart and was the No. 1 Hot 100 song of 2021, was ripped off from the band's "Live Your Life".

The complaint was very short and contained mostly boilerplate claims of copyright infringement, with little detail about how or why Dua allegedly copied the song. But it said that the two tracks were so similar that it was "highly unlikely that 'Levitating' was created independently."

The court documents went on to claim that Dua had "access" to the earlier "Live Your Life". The band also alleged that the "Don't Start Now" songstress heard the song, thus giving her the ability to copy it. Though so, the suit didn't explain exactly why the band believed the pop star heard their song.

The suit also named the chart-topping singer's label Warner Records, as well as others who helped create "Levitating". Artikal Sound System members are now asking for profits they may have made off of "Levitating" as well as the damages.

Back in October 2020, Dua joined forces with DaBaby for a remix to "Levitating". This past summer, the controversial rapper was removed from the track in the wake of his homophobic comments at Rolling Loud Miami.

"I'm surprised and horrified at DaBaby's comments," Dua wrote at the time. "I really don't recognize this as the person I worked with. I know my fans know where my heart lies and that I stand 100% with the LGBTQ community. We need to come together to fight the stigma and ignorance around HIV/AIDS."

Sam Elliott Blasts Gay-Theme in Oscar Favorite 'The Power of the Dog': 'Piece of S**t'

Dua Lipa 'Clever' at Keeping Herself 'Quite Hidden' Amid Fame, Griff Says

Dua Lipa Says She Quit Smoking Ahead of Tour 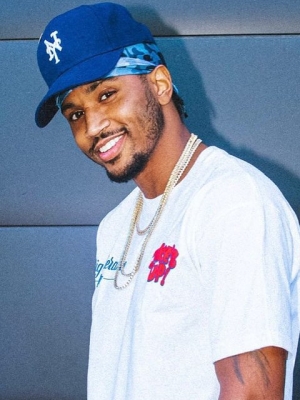