When announcing his canceled performance on social media, the 'Die Young' rapper assures his fans and followers that he's working with the show's team 'to lock in a new date.'

AceShowbiz - Roddy Ricch has been forced to pull himself out of "Saturday Night Live" due to COVID-19 exposure. The "Die Young" rapper, who was supposed to be the show's musical guest, will be replaced by Bleachers.

The 23-year-old rapper took to his Instagram Story on Wednesday, January 12 to announce the news. Over a black screen, he wrote, "Due to recent COVID exposure on my team and to keep everyone safe, I won't be able to perform on 'SNL' this weekend."

Roddy, whose real name is Rodrick Wayne Moore Jr., further assured his fans and followers that he will still perform on the show as he's working with the show's production team to reschedule his gig. "I'm working with the 'SNL' team to lock in a new date though!" he explained, before concluding his post, "LOVE [folded hands emoji] STAY SAFE." 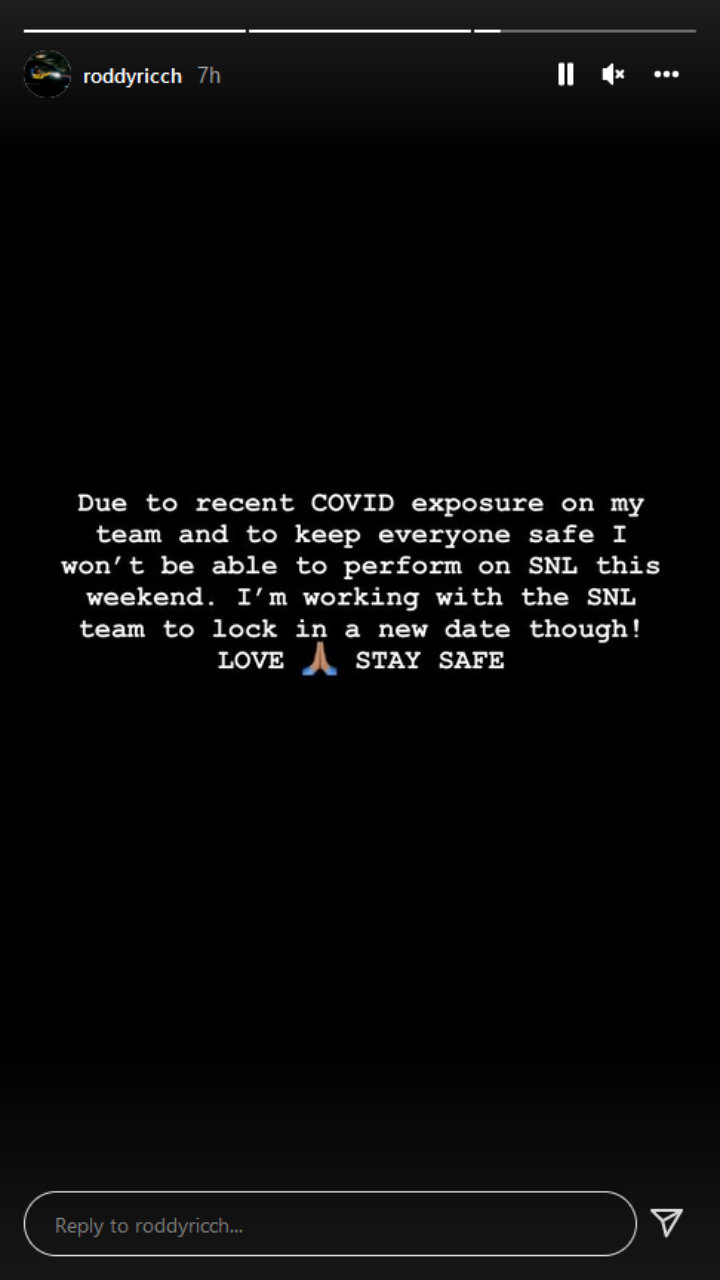 Roddy Ricch announced that he won't perform on 'Saturday Night Live' after COVID-19 exposure on his team.
See also...

Shortly after, Bleachers, who will make their "SNL" debut in support of their album "Take the Sadness Out of Saturday Night", confirmed that they will fill in Roddy's place on this Saturday's show, which will be hosted by "West Side Story" star Ariana DeBose. In an Instagram post, the pop band, fronted by singer-songwriter Jack Antonoff, wrote, "The hardest attempt to date of taking the sadness out of Saturday night [tomato emoji] bleachers are the first musical guest of 2022 on @nbcsnl !!"

Roddy's canceled performance arrived less than a month after "SNL" aired its Christmas episode without a musical guest, a studio audience and most of the show's regular cast members amid the spike in coronavirus cases and a new surge of the Omicron variant. The episode, which saw Paul Rudd hosting for the fifth time, featured only cast members Kenan Thompson and Michael Che as well as special guest stars Tina Fey and Tom Hanks.

During the show, Tom said, "Thank you surviving crew members." The "Finch" star explained, "Tonight everyone at 'Saturday Night Live' planned to do our big Christmas show and induct a new member into our 'Five-Timers Club' but COVID came early this year." 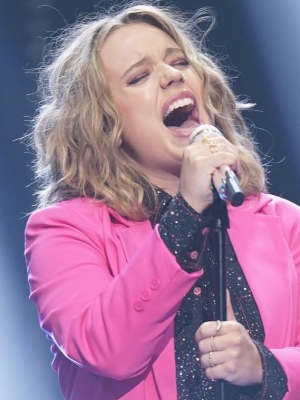