The Public Enemy rapper is grateful to be alive after nearly losing his life while driving his car from Las Vegas to Los Angeles as his vehicle was crushed by a giant boulder.

AceShowbiz - Flavor Flav almost died in a scary accident recently. The Public Enemy rapper lost control of his car after a huge boulder fell down a cliff and hit his car. The near-death incident happened while he was on his way from Las Vegas to Los Angeles.

It was raining when the 62-year-old hip-hop star was nearly crushed by the boulder in La Tuna Canyon. He fortunately managed to recover from the skid and safely pulled over. His car suffered major damage and ended up getting towed but he was uninjured.

A driver who happened to saw the incident stopped to make sure he was fine.

Although physically doing OK, the rapper was traumatized by the near-death experience. "Thank God he survived and is OK, although [he's] a bit emotionally shaken up," a representative for the rap star revealed to PageSix.

The rapper himself told TMZ he was grateful to survive the terrifying incident. "God is good," he told TMZ, adding that he "came very close to death but is super grateful to be alive."

The freak accident marked Flavor Flav's first public car incident since his DUI arrest in 2016 as he was busted for driving while above the legal limit. He pleaded no contest, admitting he had marijuana residue in his system while he was speeding.

In the same year, he got himself in trouble after being caught asleep in the front seat of a vehicle. He also admitted to smoking weed and pleaded no contest.

The rapper was slapped with fine and ordered to attend DUI classes for both incidents.

He was supposed to hit the road for a Public Enemy reunion tour following the release of their new album "What You Gonna Do When the Grid Goes Down?" last year, but the plans were put on pause.

Flavor Flav accused bandmate Chuck D of ruining the tour plans due to his failure to sign a "partnership agreement." 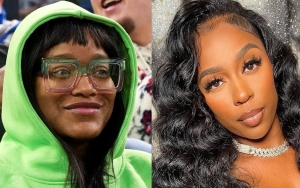 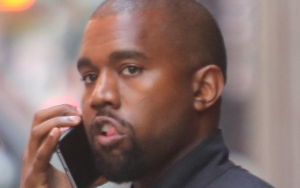 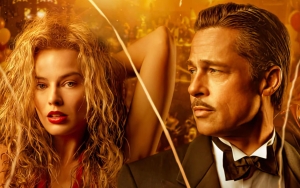