Brian May Unimpressed by Gender-Neutral Prize at Brit Awards

The Queen rocker slams Brits bosses for combining Best Male and Female Artists into a single category, insisting it's a decision 'made without enough thought.'

As of next year (22), the two categories will be combined into a single prize for Best British Artist, but the Queen rocker insists it's "a decision that has been made without enough thought."

"A lot of things work quite well and can be left alone," he said at the ITV Palooza in London. "I get so sick of people trying to change things without thinking of the long-term consequences."

"Some of these things are an improvement, some of them are not."

The 2022 Brit Awards will take place on 8 February at London's O2 arena.

During the same interview, the guitarist also slammed cancel culture. He said, "I am sure if Queen started now, we would be forced to have people of different colours and different sexes and a trans person, but life doesn't have to be like that."

He added, "I worry about cancel culture. I think some of it is good but it also brings bad things and injustices."

He also said, "Now I find it frightening that you have to be so calculating."

Brian May Defends Yungblud's 'We Are the Champions' Cover, Compares Him to Freddie Mercury 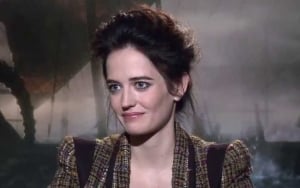