The 'Star Wars: Revenge of the Sith' star will be joining Rosario Dawson, who is set to portray fan-favorite character Ahsoka Tano in the upcoming limited series on Disney+.

AceShowbiz - A new familiar face is reportedly set to appear on "Ahsoka", Disney+'s latest "Star Wars" spin-off series. According to a new report by The Hollywood Reporter, Hayden Christensen will be reprising his role as Anakin Skywalker/Darth on the upcoming series.

If the report is to be believed, the "Star Wars" alum will be joining Rosario Dawson. The "Men in Black II" actress will be playing fan-favorite character Ahsoka Tano, a Jedi Knight survivor made her live-action debut in the sophomore season of "The Mandalorian".

As of now, plot details of "Ahsoka" are kept under wraps. It is also unknown how Hayden will be featured on "Ahsoka" but it is likely that he will be seen in flashbacks or a Jedi presence as "Ahsoka" is set five years after "Return of the Jedi".

"Ahsoka" will be written by Dave Filoni. Meanwhile, Jon Favreau is serving as executive producer. It is reported that the production on the planned limited series will begin in early 2022. "Ahsoka" is among 10 "Star Wars" shows that are being developed on Disney+ following the huge success of "The Mandalorian".

Disney has yet to comment on the casting report.

Fans of "Star Wars" may remember Hayden for his famous appearance as the future Vader in 2002's "Star Wars: Attack of the Clones" and 2005's "Star Wars: Revenge of the Sith". He is also set to return to the role of "Obi-Wan Kenobi", starring opposite Ewan McGregor. Additionally, Hayden will join Moses Ingram, Joel Edgerton, Bonnie Piesse, Kumail Nanjiani, Indira Varma, Rupert Friend, O'Shea Jackson Jr., Sung Kang, Simone Kessell and Benny Safdie on the series, which is expected to arrive sometime in 2022. 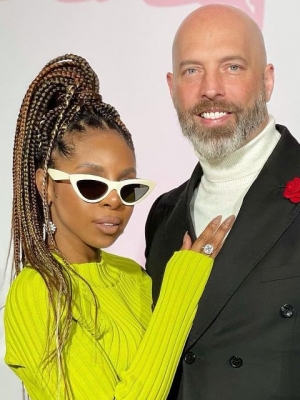 'The Voice' Recap: Top 10 Take to the Stage for Challenge Week